Ambitious climate targets can be achieved while the economy grows, new study suggests 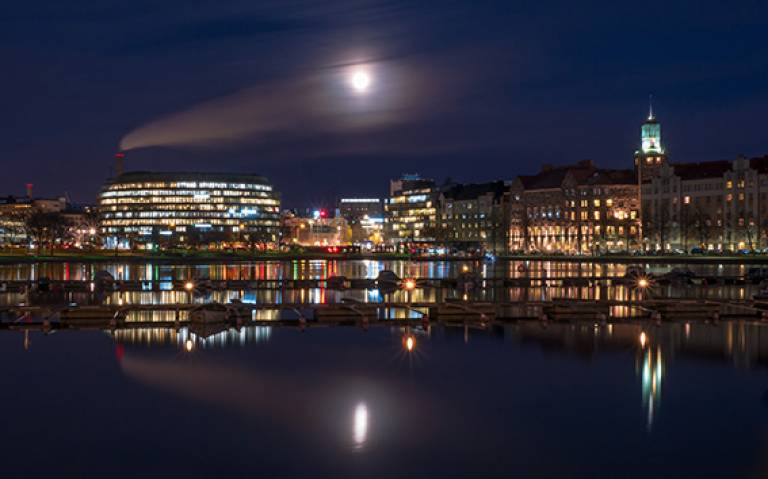 Ambitious climate targets and economic growth can be combined, the study Growth-positive zero-emission pathways to 2050 has demonstrated. However, the study finds achieving the 1.5 degrees climate target set in the Paris Agreement will require strong and consistent action from countries around the world in the coming decades. Commissioned by the Finnish Innovation Fund Sitra, the study was completed by an international research team, led by academics at the UCL Institute for Sustainable Resources.

Humankind faces an enormous challenge if the global heating is to be kept within the internationally agreed limits. The 1.5 degrees target set out in the Paris Agreement requires the global emissions to be drawn to net zero by 2050 as stated by the Intergovernmental Panel on Climate Change, IPCC. Growth-Positive zero-emissions pathways to 2050, published on Friday 9th of April, demonstrates that the 1.5 degrees target is still possible to achieve, albeit under strict conditions. In addition, the modelling results suggest that stringent climate action and economic growth are not mutually exclusive.

Professor Paul Ekins, the team leader and environmental economist, highlights that the 1.5 degrees target not only requires a strong, consistent policy regime covering all economic sectors but also a credible implementation of the policies for decades to come.

For example, the use of coal should be phased out quickly across the globe and carbon dioxide should be removed from the atmosphere with new technologies. Heating, transport and industrial process, on the other hand, should be encouraged, to the extent possible, to use clean electricity instead of fossil fuels.

”Countries which put such policies in place, and foster innovation and technological progress will prosper as the global emissions are drown to net zero. This needs to be the strong message coming out of forthcoming climate summit in Glasgow”, says Professor Ekins.

Increased emissions and economic growth can be decoupled

Until recently, the public discussion has been dominated by the perception that economic growth will automatically increase emissions. However, the research team found evidence of decoupling of emissions and economic growth not only in the modelling results but also in research literature and statistics. For example, in the period 1990-2006 the EU economy grew by over 50 percent, but emissions associated with fuel combustion decreased by 25 per cent. Energy efficiency measures, substitution of fossil fuels with cleaner energy sources, and the restructuring of the economy all contributed to this outcome, for which political steering provided the basis.

Sitra’s leading specialist Saara Tamminen highlights that the results do not imply that current form of economic growth could continue indefinitely. The business-as-usual policies will result in serious, environmental, economic, and social consequences.

”Instead, the results suggest that sustainable economic growth is promoted by ambitious climate policy through investments in clean technologies and improved productivity”, says Tamminen.