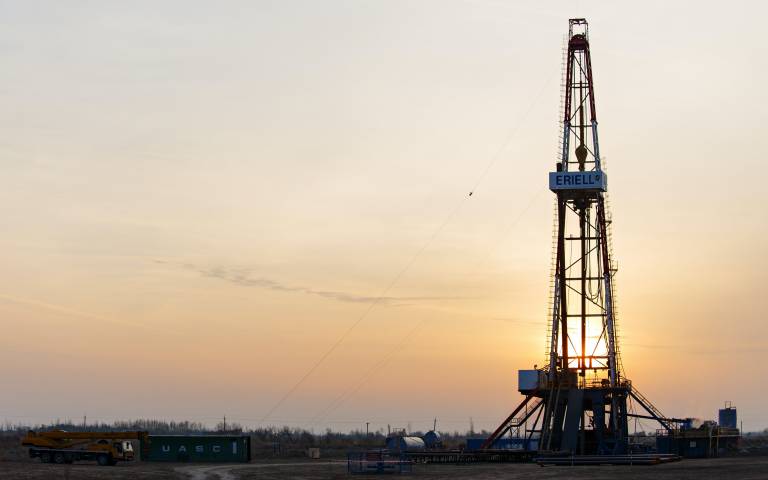 Whatever lasting impact Covid-19 has on the pace of decarbonisation, the world will continue to transition away from fossil fuels. How the energy industry manages this crisis period and its ongoing relationship with technology will determine whether it thrives or even survives beyond 2030.

Big Oil – a loose term for the major players in today’s $1 trillion oil and gas industry – utterly transformed our way of life through innovation and advanced engineering. It supplied a seven-fold increase in demand worldwide since 1950, and shaped multiple sectors from shipping to steel to plastics. Consumerism and the ‘American dream’ as we know it could never have existed without it.

However, ‘peak oil’ has abruptly given way to ‘peak demand’. Awareness (and acceptance) of climate change is at an all-time high and gaining momentum. Divestment movements, public pressure and climate policies are forcing companies to reassess strategies founded on historical assumptions about reserves-to-production ratio. Today, abundant resources coupled with broad global agreements to limit emissions have companies scrambling in uncharted territory where it is carbon budgets that are depleting rather than hydrocarbons.

Fairly or not, NGOs, activist shareholders and the general public will continue to target fossil fuels and Big Oil. Investors and the public will quite reasonably expect oil majors to devise viable diversification and adaptation strategies. This is happening. BP, Total, Shell and other IOCs have announced targets of ‘net zero’ by 2050, something barely conceivable just a few years ago.

Meanwhile, however, a list of the world’s leading companies by market cap looks very different today than it did a decade ago. In 2007, Petrochina became the first company ever to hit a $1 trillion valuation with a successful IPO. In 2010, nearly half of top companies were major oil and gas companies. By the end of 2019, the list was dominated by tech companies, the top four of which together represented $4 trillion.

‘Big Tech’ (here meaning Google, Microsoft and Amazon) has recently touted solutions and applications to help the oil and gas industry compete with renewable energy by digitising data, reducing costs, and increasing operational efficiency. This enabling role has been criticised, since Big Tech simultaneously positions itself as an accelerator towards a low-carbon world, promoting massive renewable energy plans to meet the surging demands of data centers and supercomputing power which supports (among other activities) climate research.

It is important to consider the evolving roles of these two behemoths in the energy-transition context. Like Big Oil before it, Big Tech is reshaping our society, building on advances in computing and telecommunications to take over our day-to-day professional and personal lives with the Internet, data analytics, and mobile computing. And Big Tech is no stranger to criticism and public pressure, as recently witnessed by the US congress’ drilling on unfair competition issues. However, with its particular skills, resources and direct access to consumers, it is well positioned to be the key player in this next phase.

During the next several decades, we can expect unprecedented revamping of energy systems. While oil and gas will remain significant factors in economic growth, even some traditionally oil-friendly forecasts expect demand to flatten by 2040 and decrease soon after, with low-carbon electricity predominant by 2050. Renewables, which today represent less than 5% of total supply, are expected to reach 50% within the same period, to ‘penetrate the global energy system more quickly than any fuel in history,’ as BP recently stated.

We shall also judge the truth of Google CEO Sundar Pichair’s recent claim that: ‘AI is more important than electricity or oil.’ With increased electrification will arise novel infrastructure and business models to optimise grids, balance intermittent supplies against demands, and meet consumer expectations of ease and convenience, possibly by bundling ever more services. These changes will drive and be driven by advances in artificial intelligence, data analytics and machine learning.

How well aligned are Big Oil’s strengths and heritage to this new reality? The sector yet commands tremendous financial and human resources in many extremely well-managed companies with amongst the most robust governance and risk management systems in the corporate world, not to mention cutting-edge R&D capabilities with budgets rivalling those of nations. Can they innovate beyond extraction and supply-chain management to develop alternative methods of low carbon energy generation at massive scale?

Ultimately, the question that will be asked is not how such companies shall supply oil and gas better, but whether they should supply them at all. To some, this question may still look ingenuous. Yet, to survive, companies must answer with credible strategies – in which, increasingly, Big Tech will feature strongly. Policymakers, CEOs and regulators must carefully weigh the implications of such titanic changes.