A Tale of Two Emergencies: Lessons from COVID-19

In this blog, Professor Paul Ekins discusses what we can learn for the climate emergency from how societies and governments are responding to the COVID-19 crisis. 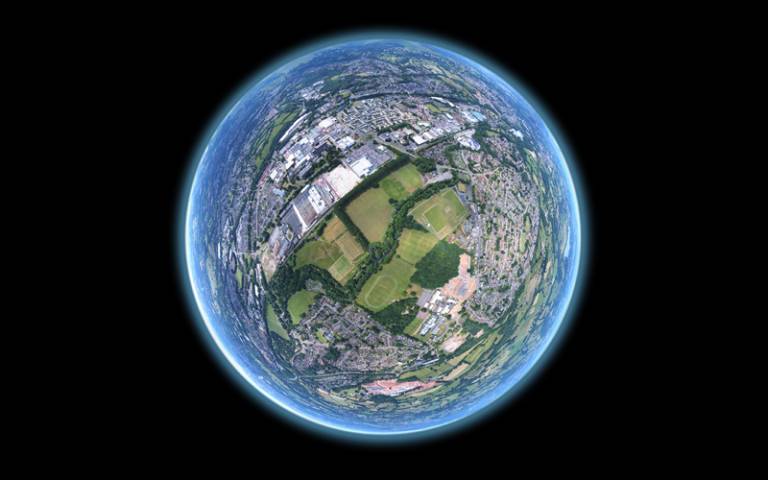 One of the most obvious connections is how the societal response to COVID-19 is affecting global carbon emissions and local air pollution. Carbon Brief estimated in February that carbon emissions in China across key industrial sectors had been reduced by 15-40%¹. When the full reduction from the global pandemic is known, it is sobering to think that it will almost certainly have reduced global emissions by more than the sum of countries’ 2020 climate policies.

The effects on local air pollution have been even more dramatic. On March 17 CNN reported a statement from an academic at Stanford University that China’s economic response to COVID-19 had potentially saved the lives of 50,000-75,000 people, 20 times as many people as the virus had killed². There is a large overlap between the populations most vulnerable to COVID-19 and to air pollution – those with respiratory diseases. It is ironic that tens of thousands of such people, who are alive now when they might not have been, have reason to be grateful to the virus.

Of course, no-one in their right mind would recommend trying to address environmental problems with a virus, and the economic lockdown perpetrated as a response to COVID-19 has caused enormous suffering, and probably a number of deaths, in itself. But the contrast in governments’ responses to the two emergencies, and the lessons to be learned, are striking.

The first contrast is how governments respond when they (or their publics) truly believe there is an emergency. When did the Prime Minister convene a COBRA meeting on the climate emergency? Never. When did the Chancellor say he would ‘do what it takes’ to combat climate change? Never. And yet, if the experience of China is anything to go by, and if climate scientists are anywhere near correct in their assessment of the potentially civilisation-destroying effects of climate change, the climate emergency and the other emissions associated with burning fossil fuels will kill far more people than COVID-19.

So, what would and should the UK Government do to show that it takes the climate emergency at least as seriously as it takes COVID-19? First, it would set up a cross-departmental Delivery Body (as it did for the Olympic Games in 2012), with suitable stakeholder and expert advisory bodies to feed into it, to set out a route map to net zero carbon emissions in 2050³. BEIS (the Department for Business, Energy and Industrial Strategy) would lead on ensuring that power generation was zero carbon by 2030, and that there would be enough zero-carbon electricity thereafter to lead in the decarbonisation of transport and heat thereafter. It would also challenge key energy-intensive industrial sectors (steel, cement, ceramics, chemicals, pulp and paper) to produce first low-carbon and then zero-carbon products, and guarantee to purchase them at a profitable price when they did. The Department for Transport would ramp up efforts to ensure that only electric cars could be purchased after 2030, that there was an accessible nationwide charging system by then, and decree that no internal combustion vehicle could be driven after 2040. The Ministry of Housing, Communities and Local Government would put in place a massive, well-funded (‘do what it takes’) scheme to bring UK housing up to the standards of energy efficiency already widespread in Scandinavia, and at the same time embark on a programme to convert by 2050 every home in the UK from natural gas to heat pumps, fuel cells or district heating. And Defra (Department for Agriculture, Food and Rural Affairs) would use whatever system of agricultural support follows the European Union’s Common Agricultural Policy to plant trees and to use soils to store carbon as well as grow food. As for public behaviour change, we might find that the 15% of us who account for 70% of the flights didn’t need to fly so often – and a substantial frequent flyer tax might aid that change of mind; that we only needed to eat meat once or twice a week or not at all – and the increasingly palatable meat-substitutes would help with that; and that we preferred cities with public transport, and streets with trees in which children could safely play, to traffic jams.

It goes without saying that such changes would be infinitely less disruptive to our lives than what COVID-19 is doing to them. And there is plenty of evidence that, far from entailing economic shutdown, such measures would result in a new, clean industrial revolution⁴. What needs to emerge post-COVID-19 is a determination on the part of government, business and everyone else that the economic recovery that will follow will build inexorably towards a zero-carbon world rather than away from it.

Professor Paul Ekins OBE, is Professor of Resources and Environmental Policy and Director of the UCL Institute for Sustainable Resources

¹ https://www.carbonbrief.org/analysis-coronavirus-has-temporarily-reduced-chinas-co2-emissions-by-a-quarter
² https://edition.cnn.com/2020/03/17/health/china-air-pollution-coronavirus-deaths-intl/index.html
³ Thanks for this suggestion to Professor Julian Allwood and colleagues, see their ‘Absolute Zero’ report (p. 47) at http://www.eng.cam.ac.uk/news/absolute-zero.
⁴ See, for example, the many publications of New Climate Economy, https://newclimateeconomy.net/