The Institute for Sustainable Resources has produced a new report examining the opportunities for hydrogen and fuel cell technologies (H2FC) to contribute to clean growth in the UK. 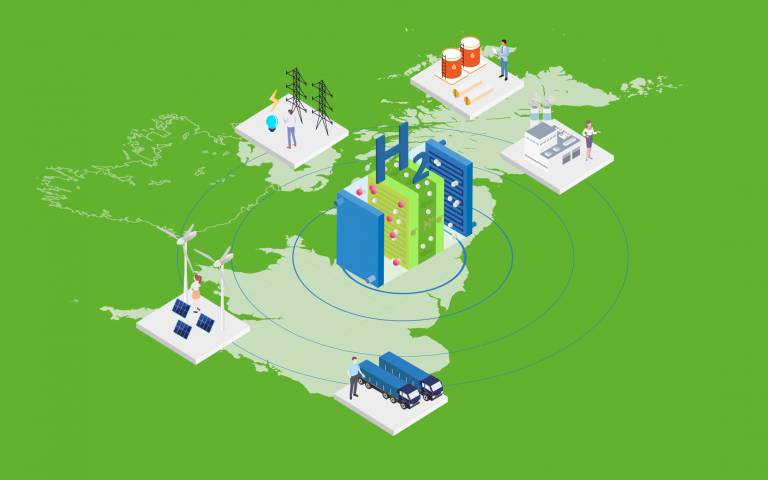 Hydrogen is expected to have an important role in decarbonising several parts of the UK energy system. The longstanding hydrogen research programme at ISR has identified a number of potential roles for hydrogen and fuel cells:

The report assesses the strength of the existing H2FC sector by surveying 196 companies working in the area and by using a range of metrics such as publication citations and patents. It finds an emerging UK fuel cell industry working at the cutting edge of global innovation. The UK has an opportunity to grow this area and to develop an export-focused hydrogen industry over the next few decades.

“Hydrogen and fuel cells are expected to have an important role in the journey to net zero emissions. The UK’s hydrogen and fuel cell industry is small, but has some world-leading technologies and is export-focused. We have identified a series of actions to grow the sector by fostering a UK market, and by creating and putting into practice a strategic vision.”

The report makes the following recommendations to help foster the H2FC industry in the UK:

The report was funded by the The Hydrogen and Fuel Cell Research Hub and was launched with a live Hub webinar attended by over 270 people from across the world. 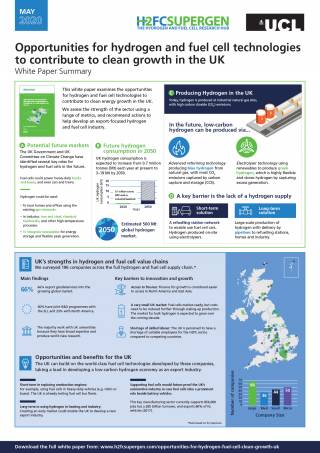