The UK’s first citizens’ assembly on climate change, Climate Assembly UK, will hold its first meeting in January 2020 to discuss how the UK should reach its new legally-binding climate change target of net zero emissions by 2050. 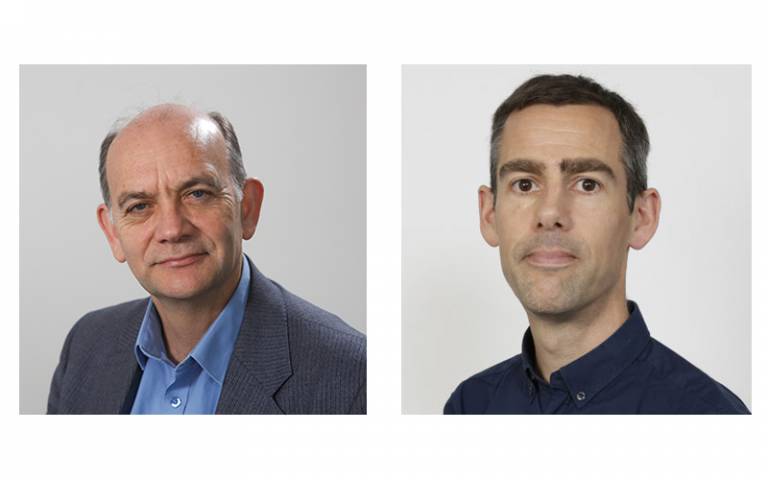 The UK’s first citizens’ assembly on climate change, Climate Assembly UK, will hold its first meeting in January 2020 to discuss how the UK should reach its new legally-binding climate change target of net zero emissions by 2050.

A group of Expert Leads, an Advisory Panel and an Academic Panel made of climate specialists, business leaders, constitutional and economic experts and civil society organisations have been working with the assembly team over the past four months to ensure the Climate Assembly UK is balanced, accurate and comprehensive.

Professor Jim Watson has been appointed as one of four Expert Leads for the assembly. He has been working closely with Parliament on the design of the assembly and will help to ensure that the assembly focuses on key questions about how to achieve net zero emissions by 2050. The other Expert Leads are:

Professor Watson is currently Professor of Energy Policy at the UCL Institute for Sustainable Resources (ISR). He has over twenty years of research experience on climate change, and has previously been a specialist adviser for a number of House of Commons Committee inquiries into energy and climate change.

“I’m delighted to be working with the UK Climate Assembly as one of its four expert leads. It will provide an essential opportunity for a representative cross-section of the public to have their say about how the UK could shift to a net zero economy. Whilst government and industry must take the lead on reducing our emissions, this will require significant changes to the daily lives of UK citizens - from the cars they drive, to the way they heat their homes and the food they eat”

Professor Michael Grubb, Deputy Director and Professor of Energy and Climate Change at ISR, has been appointed as a member of the Advisory Panel. The Advisory Panel is made up of nineteen key stakeholders with an interest or expertise in the areas of climate change that Climate Assembly UK will examine. Professor Grubb’s areas of research include energy innovation and international climate change responses, and he was previously a Senior Advisor for the UK Office of Gas and Electricity Markets.

“The UK’s emission reductions to date have been mostly secured through the electricity system, with many of the changes hardly noticeable to most people. The next steps will require fuller public awareness and engagement, the Climate Assembly UK is a great initiative for this, and I am delighted to be part of its Advisory Panel.”

Climate Assembly UK was commissioned by six cross-party House of Commons Select Committees in summer 2019 in response to the Government’s commitment to meet net zero carbon emissions by 2050. The Assembly, made up of 110 members of the public representing a wide spectrum of the UK population, will meet for the first time in January in Birmingham and at three further sittings. A report of the assembly members’ recommendations will be presented to Parliament and made public in April 2020.