A modest global temperature rise is likely to weaken the food security of the world’s poorest countries, according to a new modelling study led by UCL Institute for Sustainable Resources (ISR) and involving Southampton University and the University of Edinburgh. 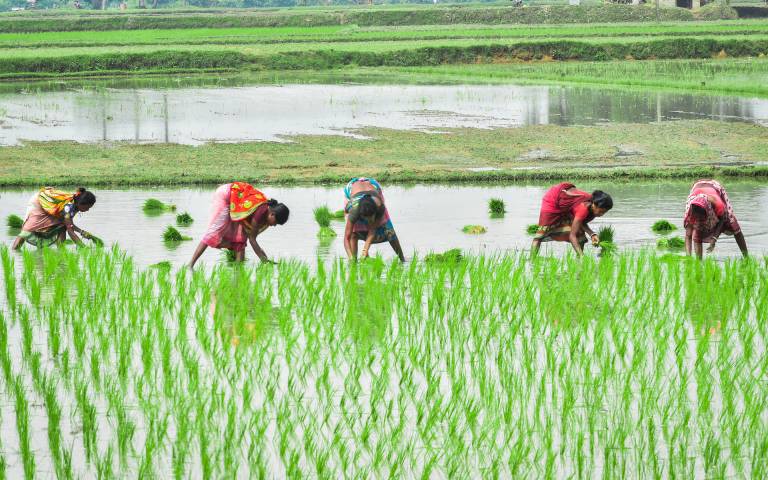 The study, published in Nature Food, models the impact of temperature rises on 18 crops worldwide. It found that crops such as rice, wheat and maize would be negatively affected in most countries, even with a mere 1 degree increase in global temperature, while potatoes, mainly grown in the developed world, would be positively affected.

The research team found that the worst affected countries tended to have lower crop yields and low average energy intake among their populations – that is, are likely already facing problems of undernourishment and food insecurity. The UN warned earlier this year that global hunger is continuing to rise, with 8.9% of the world’s population undernourished – 40 million more people than in 2014.

Researchers singled out India, Brazil and sub-Saharan Africa as areas where key crops – such as rice, wheat, maize, pulses, rye and rapeseed - would be negatively affected by rising temperatures.

On the other hand, developed countries with already high crop yields were likely to benefit from a warmer climate. As well as potatoes, soybeans and sweet potatoes tended to be positively affected by a slight rise in temperature. One crop grown in many parts of the developing world, sorghum, was also positively affected.

Researchers noted that irrigation increased the tolerance of crops to warmer climates and reduced the impact of rising temperature levels. They called for international action to raise yields in poorer countries by modernizing farming practices in order to counter future adverse effects of climate change.

The study did not account for other predicted effects of climate change such as floods, droughts and changing rainfall patterns.

Researchers used data from the United Nations' Food and Agriculture Organization (FAO) on global crop yields, and used statistical models to predict how croplands across the globe would respond to warmer temperatures.