A report into energy system expenditure levels has been published by the UCL Institute for Sustainable Resources. 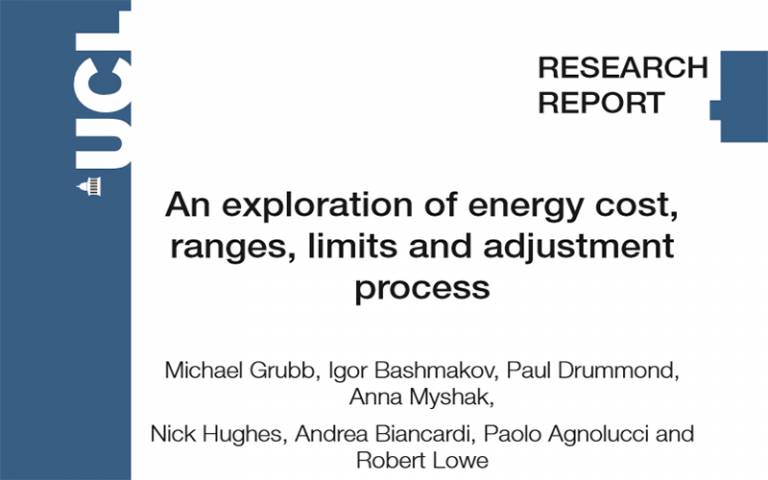 A report into energy system expenditure levels has been published by the UCL Institute for Sustainable Resources.

Funded by the Institute for New Economic Thinking (INET), the report develops a new dataset of national energy expenditures covering more than 30 OECD countries since the early 1970s.

The report, ‘An exploration of energy cost, ranges, limits, and adjustment process’, finds strong evidence to support a constrained range of long-run energy expenditures relative to GDP across time and countries.

There has been growing speculation over the past decade about the hypothesis that the share of national income that is spent on energy is a significant macroeconomic factor, and that countries tend to gravitate back towards a relatively narrow range of energy expenditure.  This report presents the most extensive database yet developed to examine this question, and suggests indeed that national energy expenditures across market economies have tended to be in the range 8+/-2%, and that expenditures outside this range lead to reactions which bring it back, though with time lags measured in decades for energy systems to fully react.  We argue that this has significant policy implications”

To read the report in full click the link below: