Jun Rentschler, a UCL ISR PhD graduate and now Economist at The World Bank, has published a new book based on his PhD research. 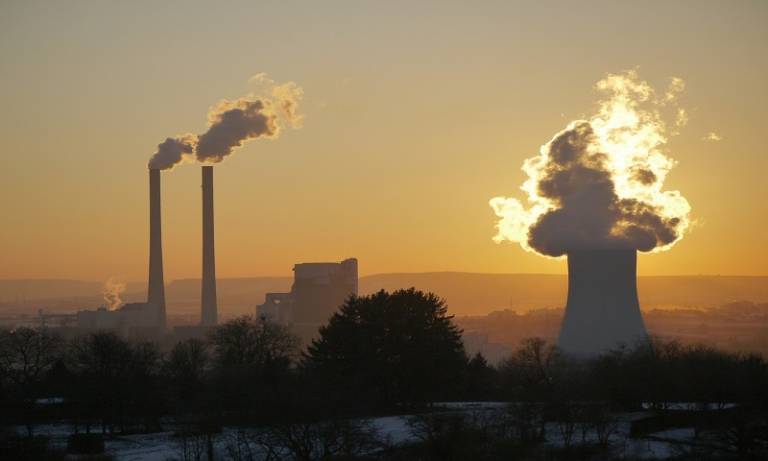 The new book Fossil Fuel Subsidy Reforms: A Guide to Economic and Political Complexity has been published at Routledge, and is based on research conducted at the UCL Institute for Sustainable Resources (ISR).
Countries around the world are spending up to $500 billion per year on subsidising fossil fuel consumption. By some estimates, the G20 countries alone are spending around another $450billion on subsidising fossil fuel production. In addition, the indirect social welfare costs of these of these subsides have been shown to be substantial – for instance due to air pollution, road congestion, climate change, and economic inefficient, to name a few.

Yet, according to Marianne Fay, Chief Economist for Sustainable Development at The World Bank, “the sheer magnitude of fossil fuel subsidies being paid globally also hints at the size and complexity of the challenge. To reform subsidies means to understand and gauge economic and political trade-offs, to mitigate adverse effects on vulnerable households, to assist firms with implementing efficiency enhancing measures, and to ensure the long-term contribution of subsidy reform to sustainable development. This book explores these issues, with the objective of informing the preparation, design, and implementation of effective fossil fuel subsidy reforms.”

Going beyond the purely fiscal perspective, this book emphasises that smart subsidy reforms can contribute to all three dimensions of sustainable development – environment, society, and economy. Fossil Fuel Subsidy Reforms: A Guide to Economic and Political Complexity considers a wide range of agents and stakeholders, markets, and policy measures in order to distil the key principles of designing effective fossil fuel subsidy reforms.

According to Prof. Raimund Bleischwitz, Chair in Sustainable Global Resources and Deputy Director at UCL ISR:

“Phasing out fossil fuel subsidies is easier said than done. This book provides a much-needed coherent analysis from different angles, namely political economy and economics. Jun Rentschler has managed to delve into data from two emerging economies, Nigeria and Indonesia, assessing firms, private households, and regions. The book also develops a macro-economic model to account for fuel smuggling, certainly a real life ingredient for any analysis. Perhaps most importantly, the book makes a concise attempt to bring those strands together and develops an agenda for subsidy reforms. A must-read for scholars, international organisations, and public administrations."