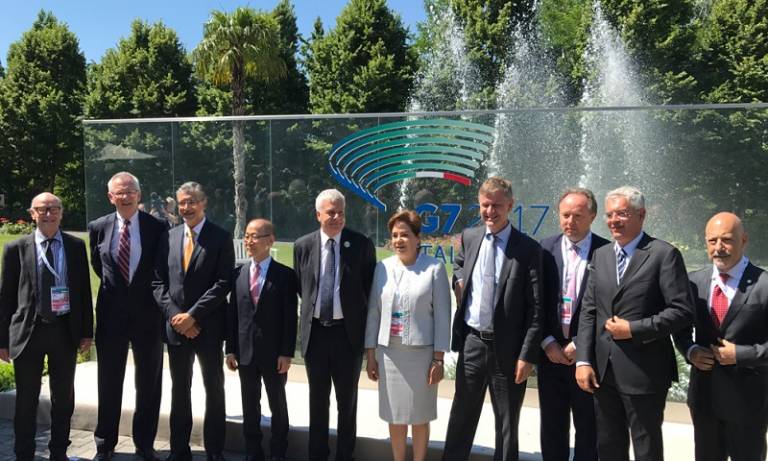 The meeting was attended by the Environment Ministers of the seven countries and the Commissioners of the European Union for Environment and Climate. The meeting focused on the priority themes of the global environmental challenge, such as the state of implementation of the goals set by the Paris Agreement to fight climate change and the Sustainable Development Goals set by the UN 2030 Agenda.

For the first time in a G7 meeting, the Environment Ministers discussed themes at the frontier between economy and environment; Environmental Tax Reform, Environmentally Harmful Subsidies, the role of Multilateral Development Banks, Green and Sustainable Finance. The Ministers also discussed important issues such as Marine Litter and Resource Efficiency.

The Bologna meeting was an opportunity to recognise and support the commitment of the entrepreneurial and university worlds on environmental issues. During the two side-events on Sunday 11th June, three companies and two universities coming from each G7 country and among the most committed to achieve green innovation, discussed together on the key issues about environment and sustainability.