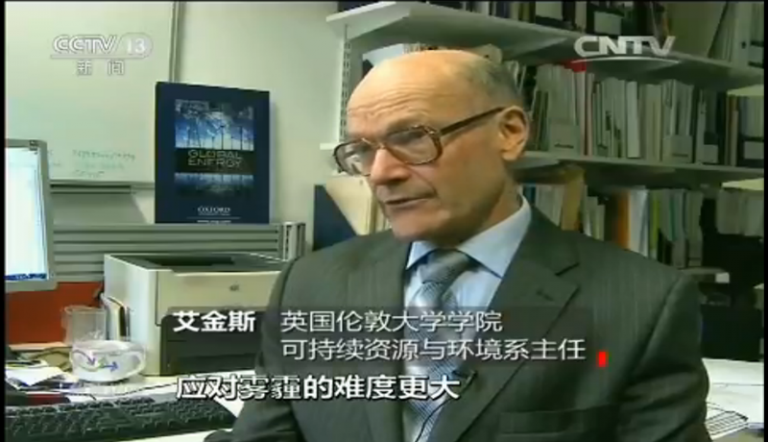 This week China Central Television's current affairs programme interviewed Prof Paul Ekins for its focus interview on how developed countries have been dealing with the problem of smog.

During the interviews, Prof Ekins discusses:

Watch the focus interview ‘Haze of pain in the global pain’

Subscribe to the ISR newsletter and receive invitations to our events