On 10th August, UCL ISR Director Professor Paul Ekins warned of the risks to Kazakhstan of not adopting a fossil-free future at a talk in Astana, the country's capital. 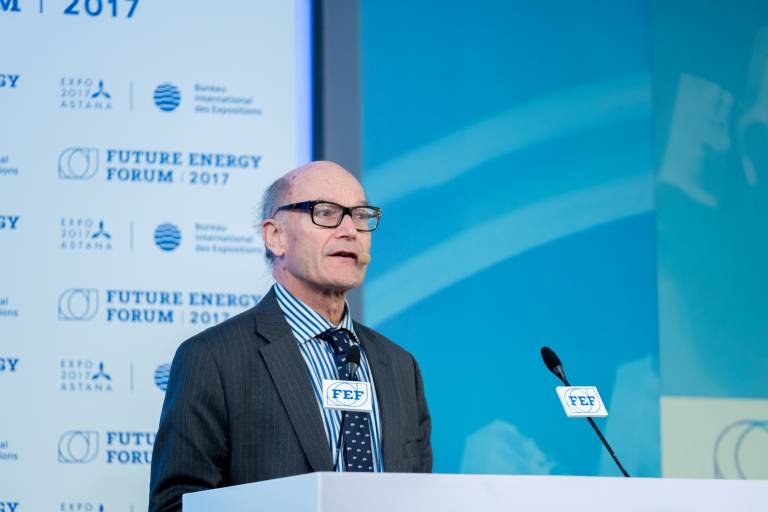 In a talk addressed to the Future Energy Forum at EXPO 2017, an international exposition held in Astana, Kazakhstan, Professor Ekins outlined the risks associated with not adapting to a non-fossil future.

Professor Ekins explained that Kazakhstan's particular risks include relying on neighbouring countries for almost 50% of its water supply, parts of the country already declared nuclear or industrial pollution-related ecological disaster sites and people in rural areas having poor access to clean water.

Professor Ekins added that while Kazakhstan is particularly vulnerable to the impacts of climate, there are great economic opportunities for it in reducing emissions, including from renewables, with it having lots of sun and wind, energy efficiency and clean tech more generally.

See further detail on EXPO 2017, running in Astana from June to September 2017.