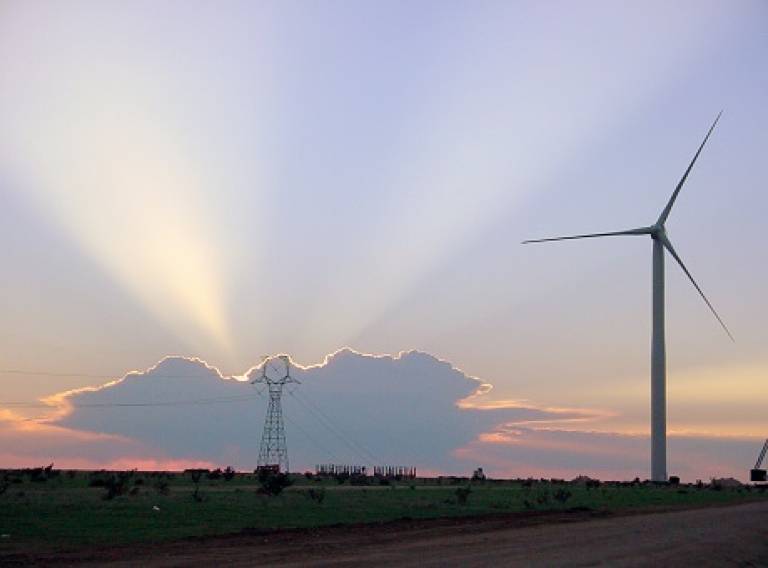 A vote to leave the EU on 23 June is likely to lead to a period of uncertainty of at least two years for the UK energy sector, according to a policy briefing published today by the UK Energy Research Centre (UKERC).

The paper is being launched at an event at University College London this evening, co-hosted by UKERC, the UCL Institute for Sustainable Resources, and the UCL European Institute.

The authors also caution that an energy system that is isolated, rather than integrated with the EU, is likely to be more expensive, and that a vote to leave could reduce the UK’s ability to influence European energy markets, which could, again, lead to price rises.

Professor Paul Ekins, UKERC Deputy Director and lead author of the paper, comments: ‘The UK has had a substantial influence on EU energy market developments, and has led the way in pushing for market liberalisation through successive Energy Packages since the 1990s.

'The uncertainties around Brexit will leave many important issues related to the UK energy system in limbo for at least two years. For example, if the UK votes to leave the EU, much will depend on whether we remain part of the internal energy market and are accepted as a member of the European Economic Area, like Norway. The former would give us benefits, not least because the majority of UK gas imports, 73%, come via pipelines from other EU member states, and Norway. But in the EEA but outside the EU we would have far less influence on the EU energy market than we have exerted in the past, because, like Norway, we will be subject to EU energy policy without having any representation in EU institutions'.

Professor Jim Watson, Director of UKERC, continues: 'Even if we choose to remain in the EU, there are still questions as to how consistent current UK energy policy is with existing EU climate and energy policy, and with the Energy Union aspirations for the future. The EU 2030 package, which was signed up to by the last UK government, envisages at least 27% renewables, but the appetite of the current UK government for the policies that would be needed to achieve this is far from clear'.

‘If we were to remain, then the potential economic benefits of the UK working with other Member States to develop a more co-ordinated approach to renewables development are likely to be very significant’.

You can read the full paper here.

The briefing paper is being launched at an event tonight at UCL, which forms part of the UCL European Institute’s ‘Britain and Europe’ series, www.britain-europe.com - co-funded by the European Commission ERASMUS+ programme.