Nuclear Energy: Challenges and Opportunities in a Fossil-Free Future 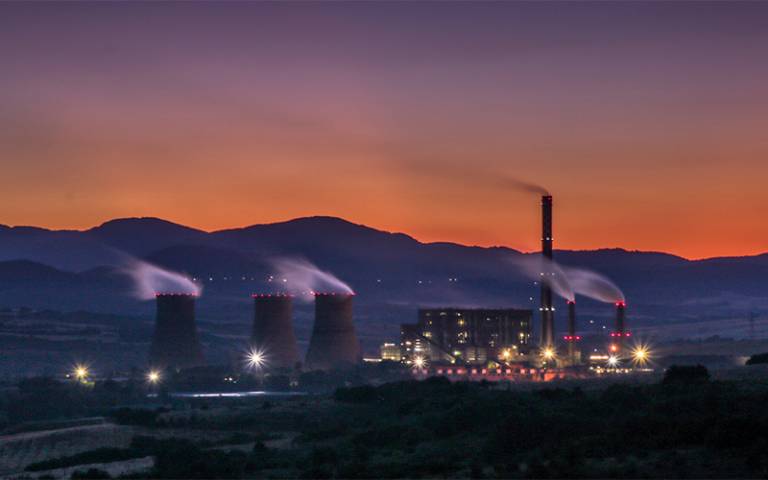 Join UCL ISR and the UCL Energy Institute for this joint lecture looking at the future of nuclear power.

There will be two presentations at this event, the first by Paul Dorfman, Honorary Senior Research Associate at the UCL Energy Instistute and the second by Paul Spence, Director of Strategy and Corporate Affairs EDF.

Recent reviews of the impact of climate change suggest that, over the next few decades, we will be subject to significant change in human health, welfare and environmental systems. Key to adapting to this change is the transition to a low carbon and resource efficient energy economy, involving major structural changes to the way we work and live. The challenge of achieving this may involve a series of technically and economically viable options, including the expansion of renewable energies in all sectors, rapid growth and modernisation of electricity grids, improvements in energy efficiency, the use of modern technologies to minimise electricity consumption, rapidly enhanced storage technologies, market innovations from supply to service provision, intelligent deployment of limited gas resources, the fundamental re-structuring of the built and transport environments and, some argue, continued reliance on nuclear power. Yet, at the heart of the nuclear issue are differing views on how to apply foresight, precaution and responsibility in the context of the relative economics of nuclear, the uncertain role of nuclear in combating climate change, the possibility of accidents, the consequence of those accidents, and whether there exists a role for nuclear within the swiftly expanding renewable energy evolution.

The UK needs a diverse mix of generation to deliver enough reliable low-carbon electricity to transition large parts of the economy, including home heating and transport, from fossil fuels. We need technologies to deliver at scale. The Committee on Climate Change projects a four-fold increase of low-carbon electricity. And we need technologies that can deliver reliably, as customers need electricity round-the-clock, summer and winter. Existing and new nuclear power is an important contributor. It is proven, cost-effective and safe; and manages arising waste. Furthermore, nuclear has unique technical characteristics to support a low-carbon energy mix and has positive impact on host communities.

Hinkley Point C is the UK’s first new nuclear plant since 1995. Construction of its twin reactors began in September 2016, and is well on track. It will generate 26 TWh of low-carbon electricity each year (7% of today’s electricity demand) over its 60-year life. Replication benefits, known as the ‘fleet effect’, are observable between reactors 1 and 2. Further construction risk and cost reductions are possible for planned reactors 3 and 4 at Sizewell C.

Getting to Net Zero with these reactors and others that follow will be more cost-effective and success more certain than other routes.

This event will be followed by a networking reception.

He currently serves on the board of Energy UK, the Energy Technologies Institute, and is a Fellow of the Energy Institute.

Before their acquisition by EDF he was Head of Strategy and Business Development for British Energy. He was with Accenture for 17 years with Accenture where he was Partner, responsible for the UK Energy Strategy and Human Performance practices. His early career included time with Davy McKee (London) Limited, and Ford Motor Company.

He holds an MBA from London Business School and a BSc in Engineering from the University of Bristol.

If you have any particular accessibility needs do contact us at bseer-communications@ucl.ac.uk so we can ensure you're accomodated.

Accessibility details for Central House can be found here: https://www.accessable.co.uk/venues/central-house