Energy, Europe and the Economics of Innovation 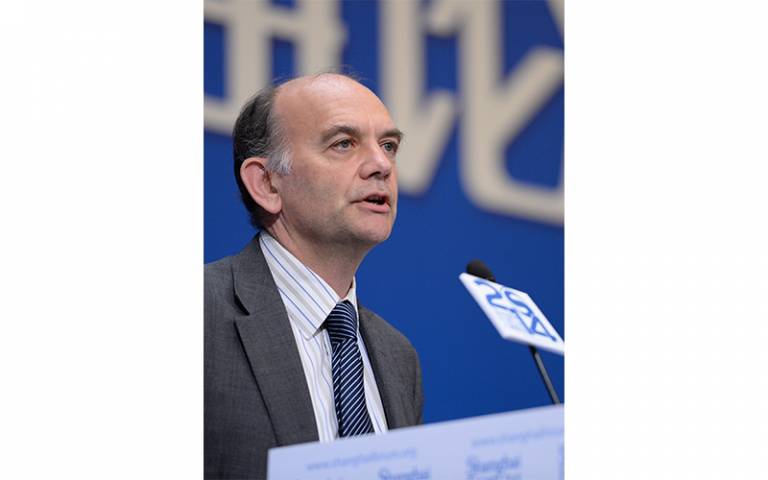 After the success of his initial inaugural lecture, Professor Michael Grubb will be giving the same lecture with minor alterations for those who were unable to attend the first showing or would like to see it again.

Energy was at the heart of the industrial revolution and oil and electricity helped to shape the 20th Century. Innovation is increasingly recognised as crucial to modern competitiveness. This lecture will explore how and why most economic theory still fails to grasp the central characteristics of industrial innovation, illustrated with respect to energy and climate change, and what this implies for policy.

Drawing on the book Planetary Economics Professor Grubb will offer a wider theoretical framework and explain how this can reshape our view of both the economic and political dimensions of effective policy, including (but not confined to) the energy transition. He will then suggest how the blind spot in traditional economic theory – the “dark matter of economic growth” – has also contributed to the European crisis.

Finally, applying these insights, Professor Grubb will argue that unique characteristics of the energy sector amplify the mutual benefits of pan-European cooperation – suggesting that the emerging EU Energy Union should be expanded beyond the borders of the EU itself, and hence setting out the rationale for a Pan-European Energy Union in the interests of economy, security and geopolitics.

This lecture will be chaired by Angus Armstrong

Michael Grubb is Professor of Energy and Climate Change at University College London, Institute of Sustainable Resources, working closely also with the UCL Energy Institute. From 2011-2016, alongside academic roles, he worked half-time at the UK Office of Gas and Electricity Markets (the energy regulator, Ofgem) as Senior Advisor, and now Chairs the UK government’s Panel of Technical Experts on Electricity Market Reform. His former positions include Senior Research Associate in Economics at Cambridge University; Chair of the international research organization Climate Strategies; Chief Economist at the Carbon Trust; Professor at Imperial College London; and head of Energy and Environment at Chatham House.

Professor Grubb was founding Editor-in-Chief of the journal Climate Policy, and served on the UK Climate Change Committee, established under the UK Climate Change Act to advise the government on future carbon budgets and to report to Parliament on their implementation. In 2013 he was advisor to the House of Lords European Affairs Committee Enquiry on European energy policy, published as No Country is an Energy Island.

Internationally, he is on the Scientific Advisory Board of the German Economics Research Institute DIW Berlin, is a Scientific Board Member of the European Parliament’s Progressive Economy initiative, and was formerly a member of the President’s Advisory Council of the International Association for Energy Economics.

Michael Grubb is author of eight books, over fifty journal research articles, and numerous other publications. His book Planetary Economics brings together the lessons from 25 years of research and implementation of energy and climate policies, with a full Chinese translation published last year. It has received widespread accolade as a ‘seminal’ contribution, ‘comprehensive and profoundly important’ for its development of a wider theoretical framework of economics, and its application to the practical policies for tackling energy and climate change challenges.