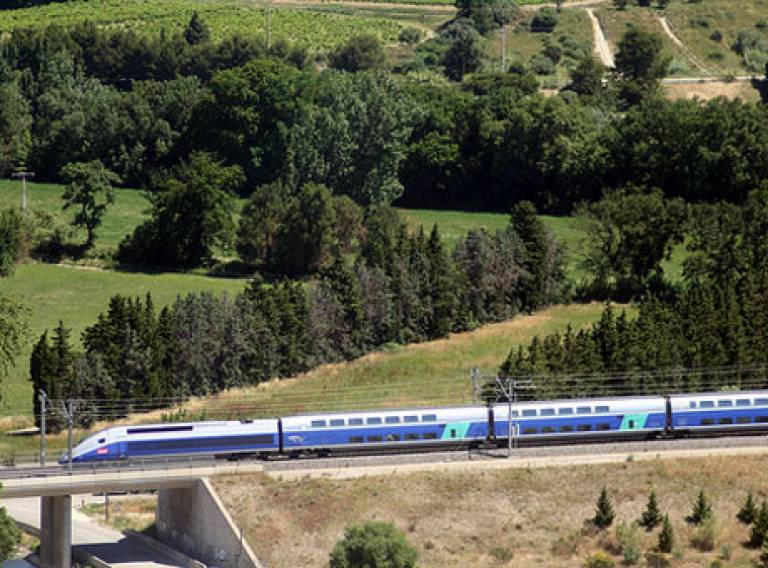 Prof John Tomaney from The Bartlett School of Planning has challenged the Government’s argument that the HS2 would reduce regional divisions and improve employment mobility.

Prof Tomaney, who has researched the impacts of high-speed rail networks on reshaping the economic geography spoke yesterday to BBC radio, news and online as well as the Guardian. He highlighted that, "…in fact the evidence seems to suggest that it's the capital cities which gain principally from these developments."

In line with the new ‘regeneration benefits’ rhetoric, Chancellor George Osborne described the expansion as "The engine for growth in the North and the Midlands of this country". Although politicians have been suggesting the HS2 development will “heal the north-south divide”, Professor Tomaney highlights that there is little evidence of actually reducing regional inequalities through the introduction of the high-speed line. This has not been the case in several countries including France, South Korea and Spain. He argued, "A very good example would be the Madrid to Seville line in Spain. That line was built in order to promote the growth of Seville. But in actual fact, following its completion, Madrid grew at a much faster rate than Seville.”

The first stage of the high-speed rail network development (London-Birmingham) has been targeted with strong criticisms. The government’s announcement of the second stage – running northwards from Birmingham will have five stops at: Manchester; Manchester Airport; Toton in the East Midlands; Sheffield; and Leeds. The proposed lines will dramatically decrease journey times but many people are still unconvinced of the practical benefits of the HS2 line.