Different conclusions on the HS2 debate 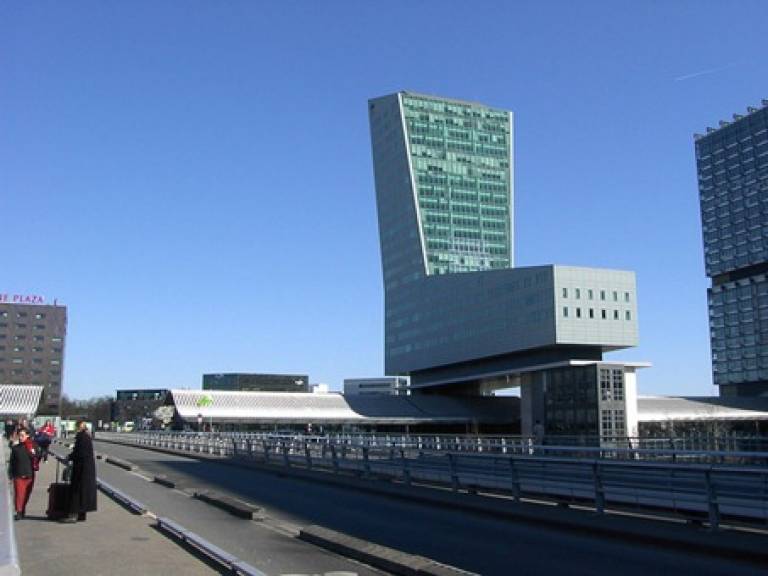 Professor Sir Peter Hall and PhD Candidate Chia-Lin Chen from The Bartlett School of Planning have contributed to the debate of HS2 in a letter to the Guardian, highlighting an acute dilemma at the heart of the HS2 controversy: the deep scepticism that high-speed rail can help lagging regions. According to their latest research findings2, "Our work, based on close analysis of a big primary database, concludes that it definitively does." The underlying fallacy, they argue, is that there is a zero-sum competition between a booming national capital and regional core cities, as well as between regional cities and their hinterlands.

Their research - on the experience of the British InterCity 125/225, inaugurated in 1976, and on a comparative study of North West England and Nord-Pas-de-Calais – shows definitively that high-speed rail can bring positive-sum outcomes. "Here in the UK, the 30-year-old Inter-City 125 network has boosted the economies of cities that it brought within a two-hour journey time from London, such as Manchester and Leeds. In France, the TGV has brought Lille within one hour of Paris, enhancing its transformation into a knowledge-economy city and even making it attractive for Parisian commuters."

But, they warn, high-speed rail alone is not enough: strong regional policies are also needed to spread the effects across regions. They argue that, "in both countries, we find there's a catch. High-speed rail does not always help old one-industry cities like Doncaster and Newport. And it can boost major cities – Manchester, Leeds, Lille – at the expense of their surrounding old-industrialised regions. But French experience shows that strong regional policies can combat this by spreading TGV service to these other towns and developing a regional TGV network."

Their conclusion emphasises that HS2 needs a regional planning apparatus such as the Regional Development Agencies, which were abolished in 2010. "HS2, offering fast service to places like Wigan, Preston and Blackpool, could potentially galvanise such places. But it will need other policies to exploit these opportunities – and, in sharp contrast to France, we've just abolished our regional planning apparatus."

Download the original research findings published in two papers in the Journal of Transport Geography.