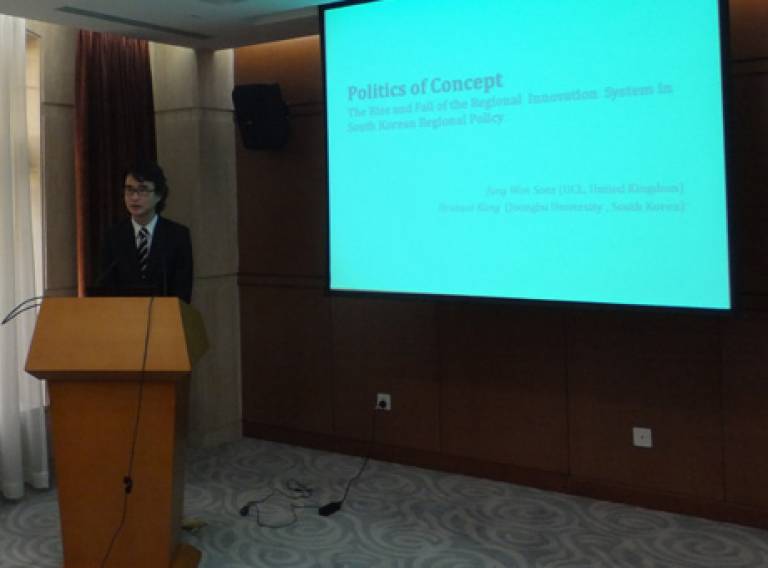 Dr. Jung Won Sonn, lecturer at the Bartlett School of Planning, is invited to present papers at two events in China.

Dr Jung won Sonn spoke about housing policies for the elderly in the UK and South Korea at the City Hall of Shenzhen on the 13th of February 2012.  The audience consisted of planners, housing experts, welfare experts and private developers.  With a population of eight million and the highest income level in China, Shenzhen, like most other cities in China, is anticipating problems within next few decades as a result of an aging population.

On the 16th of February 2012, Dr. Jung Won Sonn gave a seminar at the Institute of Management and Policy, Chinese Academy of Science in Beijing.  His presentation, entitled 'Bureaucratic Politics of a Concept', traced how a social science concept is put into planning practice based on an in-depth case study of South Korean regional policy.  In so doing, he analysed how bureaucrats translate an academic concept into policy measures in a way that suits the bureaucracy's organisational interests. The Chinese Academy of Science is directly under the State Council of China and co-ordinates scholarly research activities and standards for academic disciplines in the country.