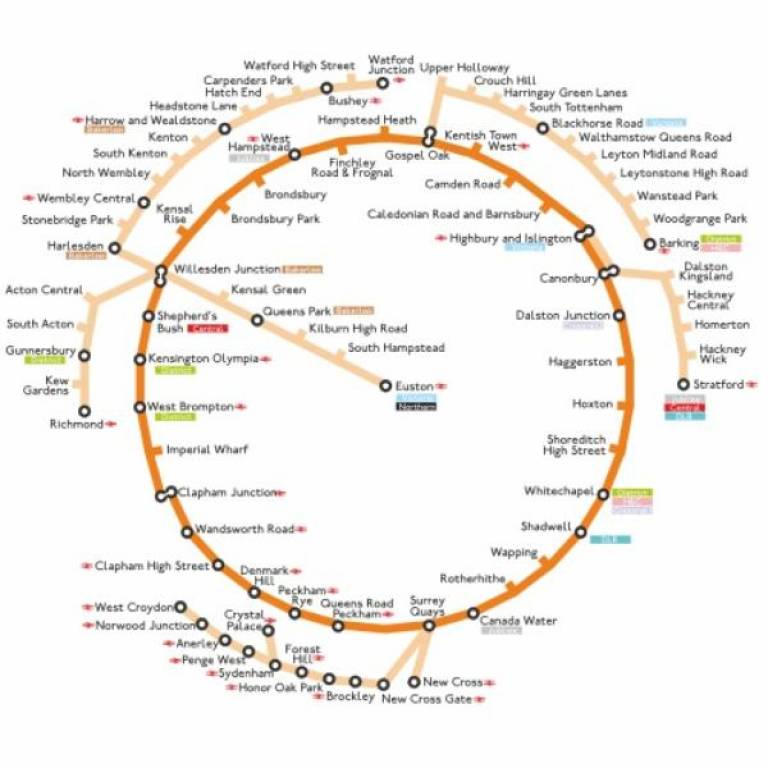 Professor Sir Peter Hall and Michael Edwards, from the Bartlett School of Planning have welcomed the completion of the final section of London’s orbital railway in south London, which they first proposed in 1999 in a report commissioned by the London Development Partnership.

When it opens to the public on Sunday 9th December, the London Overground orbital railway will complete the circular rail system that links London’s suburbs. By completing the final section of track between Surrey Quays and Clapham Junction previously unconnected areas are now served by an integrated rail service with trains running directly from Highbury and Islington to Clapham Junction.

The idea to connect existing sections of London’s rail to form the orbital route was first proposed in a report entitled London's spatial economy: the dynamics of change by Professor Sir Peter Hall and Michael Edwards from the Bartlett School of Planning, in collaboration with an independent planner, Drummond Robson. In the report the authors highlighted the need for greater policy emphasis on the transport infrastructure of suburban London. They proposed that connecting the existing north London and east London lines with fragments of rail in south London would offer a much quicker and affordable alternative to building an entirely new track.

Michael Edwards explained: “We concluded that the suburbs of London had the potential to contribute far more than they had been doing. However, one of the huge problems in suburban London was that the transport was very good if you were heading for central London, but really badly designed for people who wanted to move from one suburb to another. This needed to be made a lot easier, partly on economic grounds, and partly on environmental grounds.”

The increased connectivity combined with a stronger policy focus has already helped bring significant regeneration benefits to areas such as Shepherd’s Bush and Clapham Junction which are connected by the London Overground network.
Edwards added: “In this report we were trying to emphasise the significance of London’s economy outside of the centre.”

Download a copy of the report for the London Development Partnership.