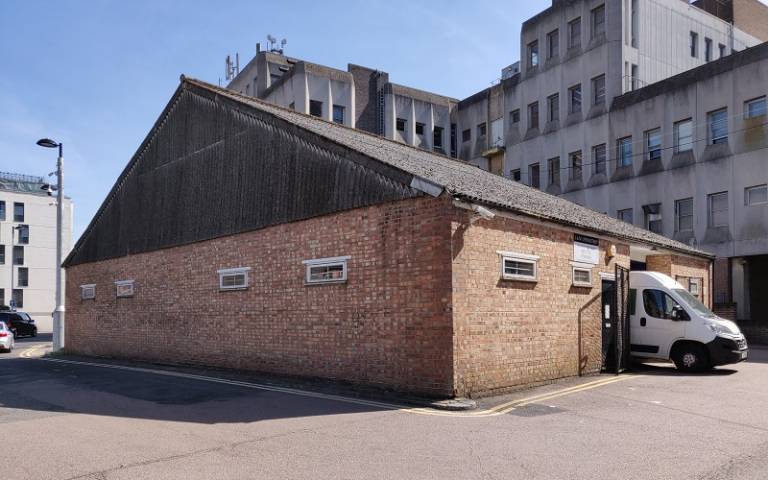 New research led by Bartlett School of Planning academics, and published today by the Ministry of Housing, Communities and Local Government (MHCLG), concludes that new housing created through permitted development rights in England since 2013 is more likely to be characterised by worse quality residential environments than housing created under the full planning permission process in relation to a number of factors vital to the health, wellbeing and quality of life of future occupiers.

The report, Research into the quality standard of homes delivered through change of use permitted development rights, was commissioned by the Ministry following then Secretary of State James Brokenshire announcing in Parliament last year that a review of the housing quality of dwellings created through permitted development would be conducted. The research was led by Dr Ben Clifford, Associate Professor at the UCL Bartlett School of Planning, assisted by Drs Patricia Canelas, Jessica Ferm and Nicola Livingstone from UCL and Professor Alex Lord and Dr Richard Dunning from the Department of Geography and Planning, University of Liverpool.

The research compared the quality of new housing created between 2015 and 2018 through the change of use of buildings formerly in office, storage, light industrial, retail and various associated commercial uses into residential use through the deregulated ‘permitted development’ route with the quality of housing created through the more detailed planning permission process. This involved site  visits to 639 buildings and detailed desk based analysis of 240 schemes (creating 3,156 new housing units) across eleven case study local authorities (Bristol, Crawley, Derby, Enfield, Huntingdonshire, Manchester, Richmond, Sandwell, Sunderland, Wakefield and Waverley).

The evidence in the study shows a slightly more nuanced picture than has sometimes been suggested in relation to the quality created through the two consenting routes, with overall similar rates of making exterior alterations (such as new doors, windows or cladding), similar energy performance ratings and similar levels of access to neighbourhood services between permitted development and planning permission schemes.

Dr Ben Clifford commented, “There has been some controversy surrounding these permitted development rights because of concerns over the quality of housing that can be created through them. This report is the most comprehensive study of this issue to date, taking a detailed look at the consequences of this policy in very different areas across the country.

Whilst there is a similar performance overall in relation to some factors such as exterior alterations being made during conversion or access to transport and shops between schemes approved through full scrutiny planning permission and those through reduced regulation permitted development, this does not necessarily mean either consenting route is leading to ideal outcomes in relation to some of these measures.

More significantly, the factors where there are differences between the two consenting routes are ones which are likely to impact the health and wellbeing of residents of these schemes. It is the combination of very small internal space standards, a poor mix of unit types, lack of access to private amenity space / outdoor space, and inadequate natural light which can provide such a poor residential experience in some permitted development dwellings, and notably worse than dwellings created through planning permission. The problems are particularly acute in larger scale conversions, which are seen most frequently through the office-to-residential route.

It is good to see that, following this research being submitted, Ministers have already acted to require all habitable rooms of housing created under such permitted development rights to have adequate natural light. This is a significant improvement, but many people would be shocked that it was even possible to create new housing with no windows at all in the first place.

Furthermore, the government have not acted to address other issues identified in the report, most particularly doing nothing to address the appalling space standards typical of permitted development schemes which, when coupled with high housing demand, can lead to overcrowding. We found that space standards were often worse in more deprived neighbourhoods, and housing created through permitted development is not making a fair contribution to the costs of providing local social or green infrastructure, such as parks and open spaces, which residents of these schemes will rely on even more if living in such cramped conditions.

Instead of introducing adequate safeguards for housing being created through these existing permitted development rights, the government have instead extended their deregulation so a greater range of schemes can now go through this route. It does not usually lead to the high-quality design and placemaking outcomes which the government profess to aspire to. Permitted development is not the best approach to deliver homes in which people can enjoy a decent quality of life.”