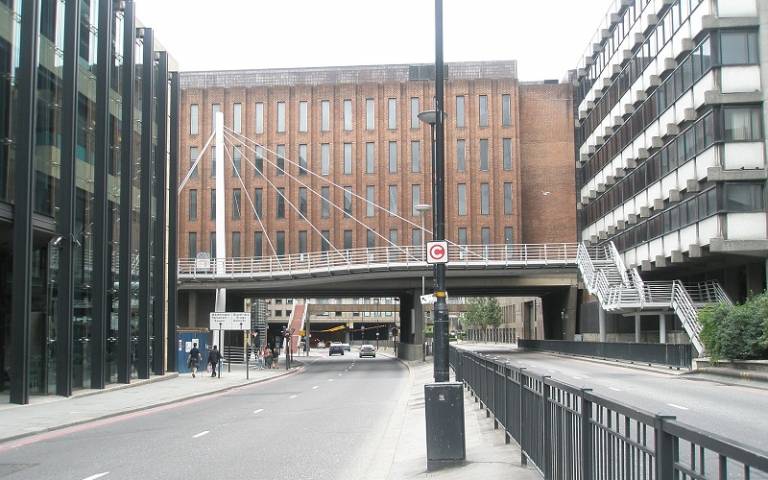 The scheme evolved out of the post WWII reconstruction of London and the need to transform traffic flows. It was an attempt to build an ambitious network of elevated walkways through the city, separating pedestrians from the traffic.

In the programme, Michael discusses Chris Bevan Lee’s 2013 documentary ‘The Pedway: Elevating London’, in which a number of experts, including Michael and Professor Peter Rees, discuss the scheme’s progress throughout the 1950s and 60s and the reasons why it was largely mothballed by the 1980s. Their commentary is accompanied by archived footage of London from the 50s and 60s. Michael and Jo also highlight the remaining traces of the scheme that you can still see in London around the Southbank, the Barbican and Tottenham Court Road.

Listen to the interview here.