Richard Barras Publishes A Wealth of Buildings: Marking the Rhythm of English History 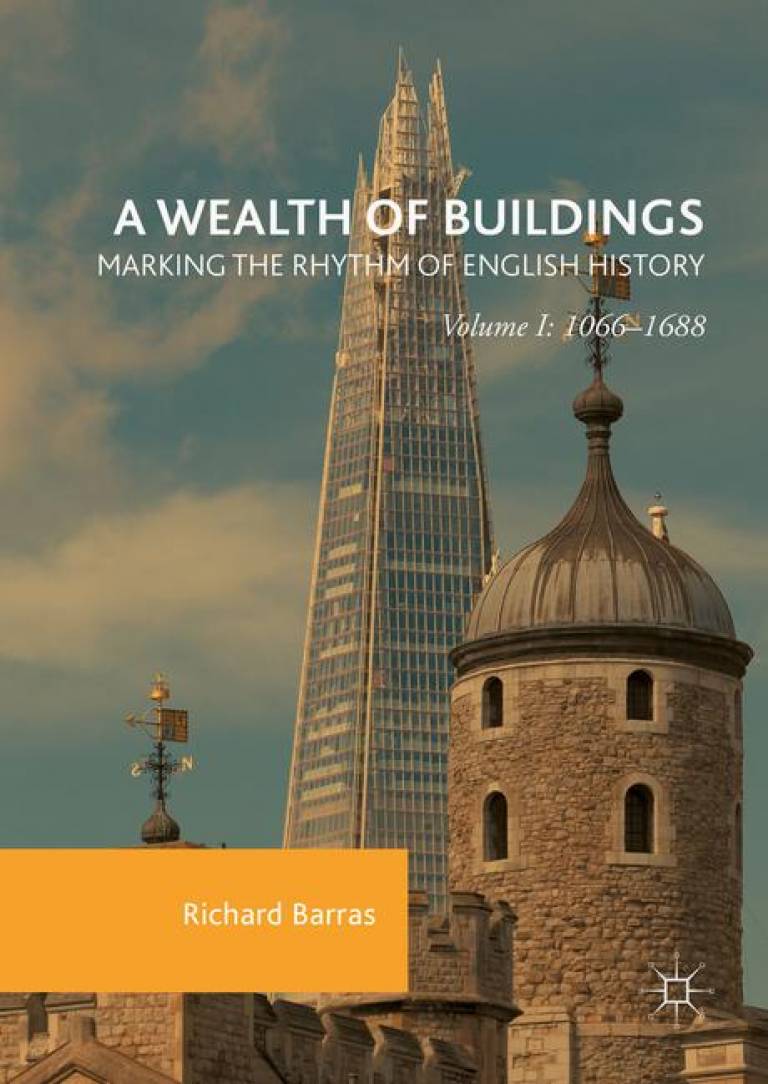 A new book by Richard Barras, A Wealth of Buildings: Marking the Rhythm of English History, explores how the great buildings of England bear witness to a thousand years of the nation’s history.

In every age, investment in iconic buildings reaches a climax when the prevailing mode of production is operating most effectively, surplus wealth is most plentiful, and the dominant class rules supreme.

During such periods of stability and prosperity, the demand for new buildings is strong, structural and stylistic innovations abound, and there is fierce competition to build for lasting fame. Each such climax produces a unique vintage of hegemonic buildings that are monuments to the wealth and power of those who ruled their world.

Volume I provides an introduction to the study of wealth accumulation over the past millennium. There follow three case studies of iconic building investment from the eleventh to the seventeenth century.

During the eleventh and twelfth centuries the conquering Norman kings and barons erected castles throughout the country to cement their feudal power. During the thirteenth and fourteenth centuries the great wealth of the ecclesiastical estates funded the lavish construction of Gothic cathedrals and abbeys. During the sixteenth and early seventeenth centuries Tudor and Jacobean magnates vied to build the most magnificent palaces and prodigy houses. The English Revolution brought this era to a close.

During the eighteenth century the wealth of the great landed estates funded the golden age of country house building by aristocracy and gentry. During the nineteenth century the Industrial Revolution unleashed an unprecedented wave of infrastructure investment and civic building by the ascendant capitalist class. Since the late twentieth century the power of global financial capital has been symbolized by the relentless rise of city centre office towers.

A final chapter argues that these different forms of hegemonic building are a physical manifestation of the underlying rhythm of English history.

Richard Barras is an urban economist with a special interest in building investment. He is Visiting Professor at the Bartlett School of Planning; one of the founding partners of the consultancy Property Market Analysis; and author of Building Cycles: Growth and Instability (2009).