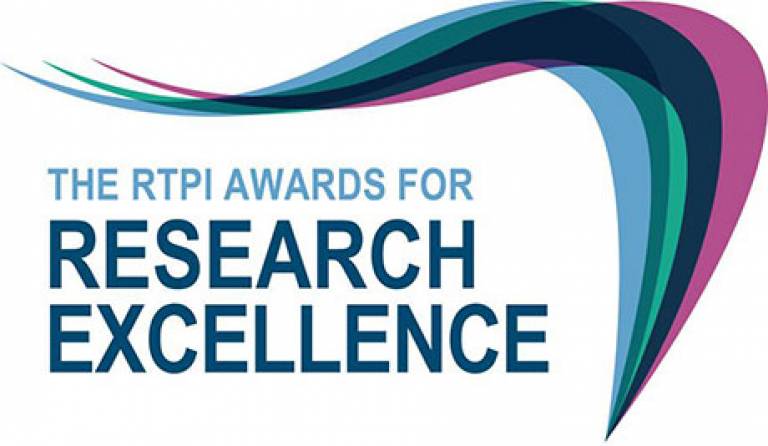 Matthew received the winning prize in the Academic Award category for his major study Re-theorising Contemporary Public Space: A New Narrative and a New Normative. His research project London’s Local High Streets: The Problems, Potential and Complexities of Mixed Street Corridor was also singled out for praise and was highly commended by the judges.

The quality of Matthew's research was reflected in the comments of the RTPI’s Deputy Head of Policy and Research Michael Harris, who said: “We were impressed by this research because it highlights the significance and challenges of an important and topical issue that many towns and cities across Britain face today. Its clear recommendations offer solutions to government and local councils grappling with the decline of high streets and the quality and future of town centres.”

“ “One of the great challenges facing academics today is to do research that is directly useful and speaks to our colleagues in practice.  With that in mind it is a particular honour to receive this award from the RTPI.  I am delighted” Professor Matthew Carmona

Challenging the majority of existing commentary about the negative impact of privately owned public spaces, the study argues that far from the destruction of public space, private ownership can often be positive, promoting renewal in many parts of the capital.

The study mapped 130 spaces across London, carried out 14 on-site case studies and surveyed 650 people using them. It found that:

Looking at a diverse range of high streets across London - from Peckham and Ealing High Streets to Oxford Street and Marylebone High Street – this study found that high streets are vital to London’s economy.

Faced with the rise in online retail, the urgent need for housing and the rise of large out-of-town shopping centres, the research finds that high streets still do and can play a greater part in the success of the city.

The findings show that high streets need to be managed by a single body rather than by separate government departments, agencies and local authorities. While the research is focused on London the findings can be applied across the UK.

The RTPI Awards for Research Excellence

The full list of winners and commended entries can be found here.