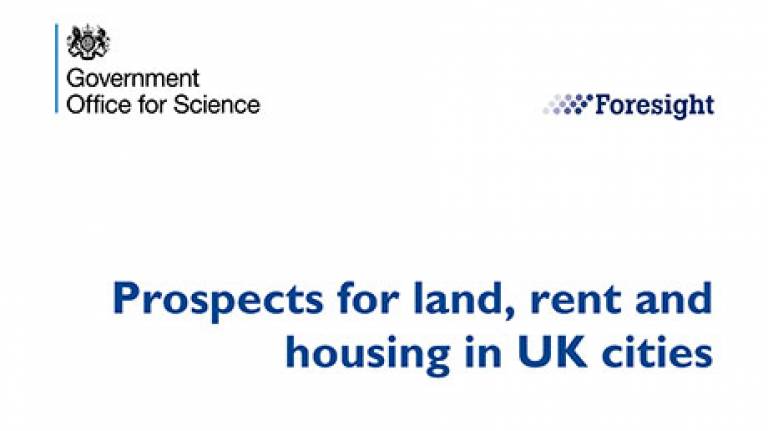 The UK's Government Office for Science has published a report by the Bartlett School of Planning's Michael Edwards into the prospects for housing in UK cities over the next 45 years.

Prospects for Land, Rent and Housing in UK Cities reviews the history of housing over recent decades and offers an account of the current situation from the perspective of a range of cities. It presents possible future scenarios and revisits the earlier examples to see how these cities would be changed by 2060.

The report argues that what appears as a housing crisis in the UK cannot adequately be understood, let alone ended, within the confines of the ‘housing debate’.  Housing debates are a patchwork of partial analyses, fragmented among professions and disciplines, typically (especially at election times) focused on short-term tweaks and reforms. The aim is to open a wider debate.

Within this broad framing, the paper discusses the distinct forms which the crisis takes in various UK cities and their associated countrysides, outlining the wide range of changes to market and non-market housing supply, tax regimes, income and wealth distribution, spatial policies and land policies which might be sought in the coming four decades. It emphases the challenge all this would pose to fragmented government departments, professions and disciplines.

This report was commissioned by the Government Office for Science as part of the Foresight Future of Cities project.

The full report, together with commentary and discussion from Michael Edwards and others, is available here.