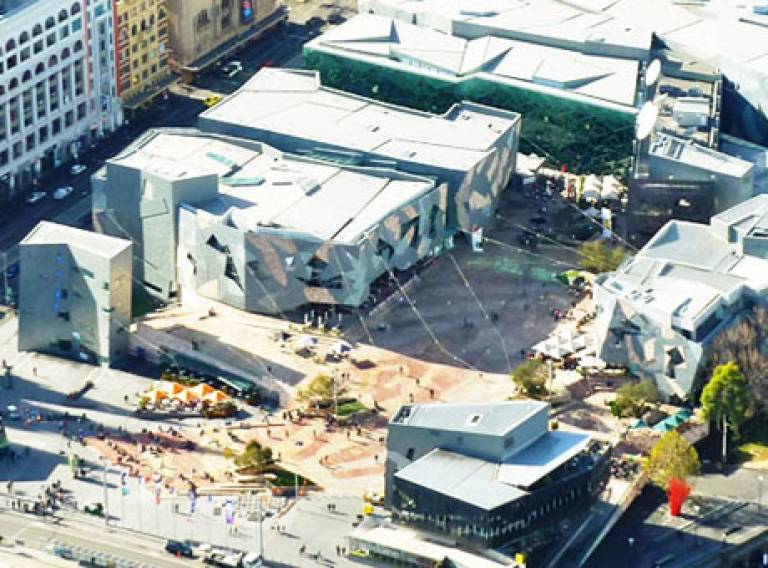 Commenting last night on the BBC One current affairs programme Inside Out London, Professor Matthew Carmona of The Bartlett School of Planning, helped to inform the debate on the increasing privatisation of space in London. Speaking to presenter Iain Lee, he said, “The public spaces that are being created and recreated in London are finding a ready constituency of users who, on the whole, greatly value them. The multiple complex public spaces of the city are something to celebrate not to bemoan.”

Some of the main critiques are that public spaces can get neglected both physically and by market forces, and that spaces can be invaded by traffic. Although such invaded spaces are prevalent within London, Professor Carmona highlighted that “Successful reclaiming projects have been transformative across London, most notably in Trafalgar Square, demonstrating that people and traffic can co-exist.”

Exploring the diverse spaces London has to offer (such as corporate, civic, community, domestic and residual), Professor Carmona has dealt with some of the main critiques of public space provision through an ESRC funded research. The project is aimed to provide a better understanding of the main critiques by evaluating their relationship to urban design, development, provision and management of new spaces in the city.

The findings of a London-wide survey and 14 multi-dimensional case studies are reported in his new book, Capital Spaces: The Multiple Complex Public Spaces of a Global City.