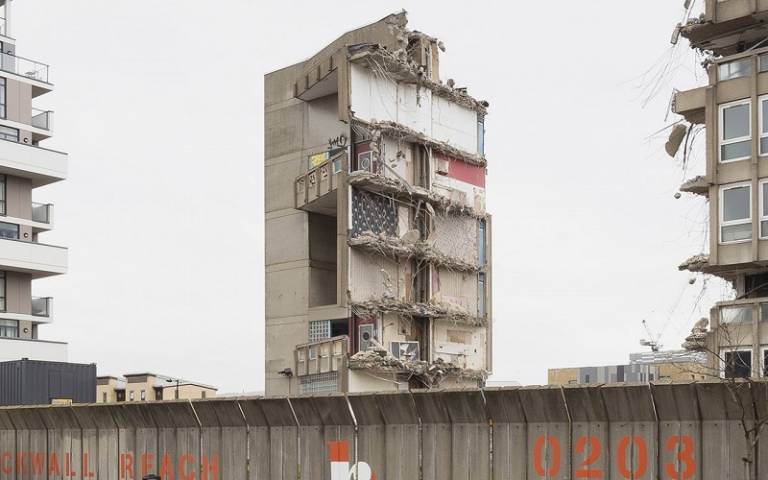 This exhibition of Francisco Ibáñez Hantke's ‘Non-Structures’ photographic series presents London - and cities in general - as a spectacle of constant conflict, negotiation and flux. Capturing key moments in the life of diverse buildings, the images reveal a condition of transience, trapped as these buildings and sites are between the boundaries of architecture and ruin, planning and chance, process and product. This boundary condition, of being neither one thing nor the other, has lent its name to the series and to the exhibition.

Using similar parameters of light, composition and scale, Ibáñez reveals these 'non-structures’ to be frozen in a specific time and context, as dysfunctional devices that question collectively the processes of change and the impermanence of the city. From the demolition of iconic buildings such as Robin Hood Gardens to various transformations of anonymous buildings in London, Ibáñez's photographs unveil the unexpected and sculptural morphology of these 'non-structures', while simultaneously documenting the constant tension that they set up with their context.

Can these 'non-structures' be considered unintentional works of art? Might they serve as interventions that help to question the collective imagination through which we enable our cities to evolve?