Climate change is affecting life at the local scale, in cities and urbanised areas as well as rural and coastal communities. Warming temperatures, sea level rise and extreme weather events are impacting even the richest cities in the world. Climate change may also increase inequality and act as a barrier to development. The way local governments respond to climate change will be different according to the perceived risks, experiences and resources of each individual area.

Countries in the tropics and Southern Hemisphere subtropics are projected to experience the largest impacts on economic growth due to climate change, should global warming reach 2°C above pre-industrial levels (IPCC, 2018). At the same time many of these countries are experiencing fast growth in their urban populations. This will increase both the climate risk of those populations and the need for local authorities in those regions to intensify both adaptation and mitigation measures.

In the UK context, while many local authorities are taking action to reduce emissions, they have different levels of resources to respond to the problems, and even those with sufficient resources are not currently ready to reach net zero targets. Well-resourced authorities can undertake more climate action to limit the effects of climate change, allowing those with fewer resources to learn from them, so that, with more resources, they can avoid some of the pitfalls to achieve similar goals and creating a net positive benefit.

The issues go to the heart of our way of life

Cities, towns, the connecting countryside and coasts can be seen as elements within a net of interactions that shape human life. In this sense, people’s consumption patterns, working and living styles and the way they travel about come together in a network of local spaces. Local governments are the closest government level to these interactions.

These interactions in cities (where most UK people live) are driving change in our climate and in turn increasing risks to the liveability of cities.  We need to understand the links between what we do and the impacts or consequences of our actions, in order to change the way we do things in our local area. We also need to understand the limits of individual and local government power, to push for the bigger changes needed at the national level.

Who needs to do what by when to get to net zero?

Local governments are increasingly implementing Climate Action Plans and Energy Action Plans. These often include targets and methodologies to achieve net zero. The private and non-governmental sectors, as well as citizens, need to be engaged throughout the process of defining and implementing such plans. National governments from developed countries need to encourage and support similar actions in developing countries through bilateral or multilateral mechanisms, to plan and implement net zero measures.

Local government also needs to focus on upskilling their human resources, intensifying knowledge-sharing opportunities with other regions, and increasing engagement with national governments and with economic and social organisations in the local context. Following discussion with local stakeholders, regulations will need to change for the transition to net zero at the local level to be implemented. 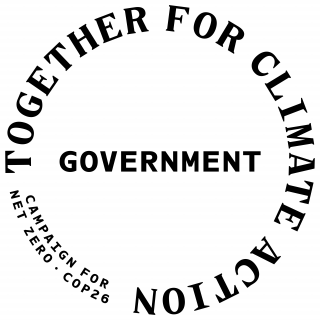