How different things work together to create different places 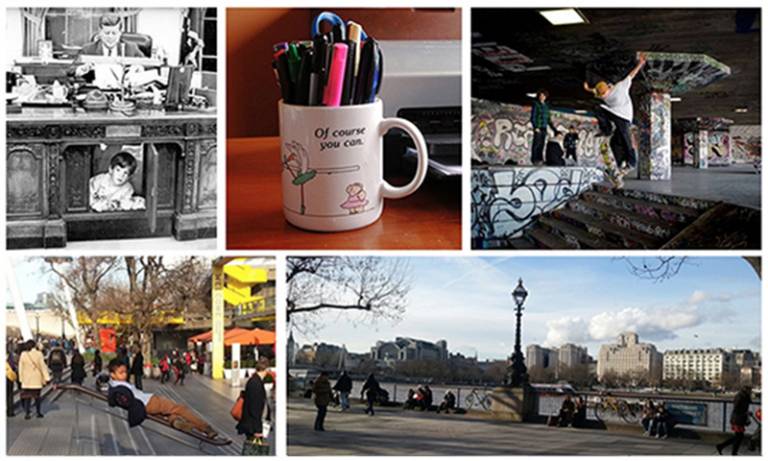 Public space is an intrinsic element in cities, reflecting our everyday life. It contains various different types and levels of relations that continually change their interactions in the space. This difference or heterogeneity is one of the barriers that make it difficult to examine public space. Recently completed doctoral research by Jihyun Kim discusses an empirical method to capture this multiple and ever-changing aspect of public spaces by describing these as the production of network relations. The concept of affordances, which concerns connections between the human and physical environments, and Actor-Network Theory (ANT) were applied to track all the involved relations and to describe the network characteristics of public space.

This framework investigates how various relations are materialised in space and how they consequently are connected with and affect user activities. Data on user behaviour were gathered from Fortune Street Park and Kingston Ancient Market Place, both small public spaces in London.

The ANT concept of multiplicity, which enables the research to discriminate the different networks, discerns that the two cases produce multiple network spaces and that they held different actor-network processes in holding various user activities such as eating, conversing, playing, walking etc. The public spaces transformed their relations in multiple ways, and the affordances (the human-object relations) that make diverse user activities are the key dynamic aspects of the transformations. In addition, the affordance-ANT framework recognised that the two cases are ‘stabilised’ as public spaces through a fluid process, which is a continual flow between the multiple network spaces produced in the relations.

In effect, public spaces perform their roles constantly but in a ‘discursive’ way, and this research shows this empirically. Based on the findings, the network differences between the cases are discussed under the concept of ‘publicness’ that is not a fixed term but the diverse and changing performances of public space, and the small and mundane physical objects in space appear as the key actors that differentiate the performances of public space; this research suggests the affordance-ANT framework as a new tool to examine, manage, and design the urban heterogeneity of public spaces.

Jihyun Kim completed his doctorate entitled ‘Multiple enactments of public space’ at the Bartlett School of Planning in November 2017.