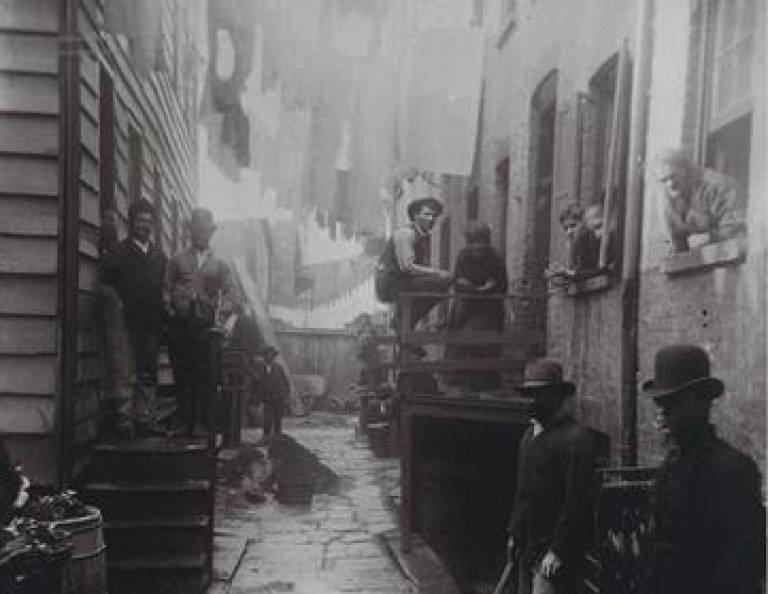 The series surveys the ways that images shape cities and influence perceptions of place. It features ten articles, to be published daily, on exemplar images that have had powerful effects – looking across different places, periods and media, including maps, plans, photographs, renders, computer generated images, street art and signage. It begins by interrogating the role of architect Oscar Niemeyer’s conceptual sketch in the creation of Brazil’s capital city, Brasilla.

Drawing on the research project, Picturing Place, the series highlights unexpected relationships across images and observes the influential role that visual languages play in struggles over urban space.

It also opens a space for the public to debate, share and discuss images that have impacted on cities or are currently shaping them

Dr Ben Campkin, Director of UCL Urban Laboratory and one of the research collaborators said: ‘Picturing Place aims to encourage discussion amongst a wide range of urban citizens and practitioners about the roles that visual languages have in the production of the built environment, and the interactive relationships between images and cities. We’re trying to create awareness of how images encountered on the street are an important aspect of larger power struggles over the future of the city’.

‘The question we are asking with this research is whether a more critically rigorous approach to images in built environment discourse could lead to better and more transparent decision making, and representation of a greater range of people, in the production of cities.’

The first article can be viewed here. An overview of the series and how images shape our cities has also been published here.

Picturing Place is an interdisciplinary research project that critically explores the role of images, image-production, and image-circulation, in urban change. The starting point for the research is to consider how images of cities - e.g. plans, maps, renderings of projected future spaces - and images in cities - e.g. billboards, community murals - influence urban change and perceptions of place. The goal is to develop a methodology that demands more from images.