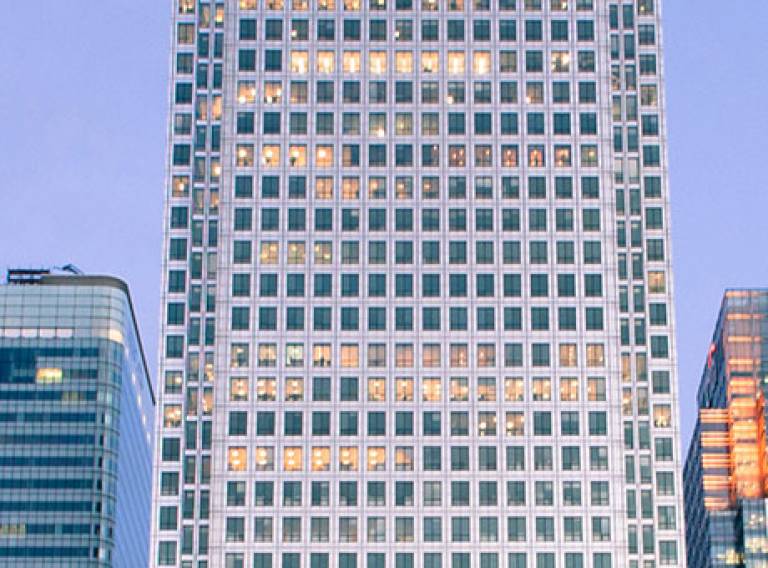 Big business needs to ramp-up its board-level understanding of the built environment if it is to make smarter investment decisions that deal with issues from carbon-cutting targets to rising transport costs, a market survey commissioned by The Bartlett warns.

The cross-sector survey of major FTSE listed companies, including BAE Systems, Marks & Spencer, Rolls Royce and PwC, found that almost all thought the UK would become less competitive on a global scale if it didn’t improve its understanding of built environment issues.

Over 80 per cent of the top-level professionals interviewed said that they felt large UK companies needed a greater understanding of built environment issues at board level, if they were to make smarter investment decisions in the future. Reducing carbon emissions was flagged as the chief built environment concern major organisations expect to grapple with in the next 30 years, followed by transportation pressures, energy shortages, flooding and increases in urban populations.

The survey forms part of The Bartlett's 'Profit Warning' report, and comes at a time when the balance between urban and rural dwellers is moving decisively in favour of cities for the first time in history. The world’s urban population is projected to reach 6.4bn by 2050, and all of those people will need somewhere to live, somewhere to work, places to buy food, access to transport infrastructure, drainage and air clean enough to breath. The implications for the built environment are staggering.

Professor Alan Penn, Dean of The Bartlett, said: “If the world is going to survive, we have to urbanise even more extensively than we have to date. Cities will need to increase in size, and rapid public transport is needed to increase their effective density while reducing energy consumption and pollution. Social, economic, technological and political innovation have always been produced through increasing the scale of urban populations, and so this trend is essential if we are to resolve the multiple challenges facing the world today.

Companies will need to harness the built environment to create the products and services needed by a sustainable, resilient and secure world. In order to do this we will need to educate a new cadre of business leaders, so they are as well versed in the systems that govern the built environment as they are in the administration of business itself.“

The Bartlett is launching its 'Profit Warning' report to coincide with the unveiling of an unprecedented initiative: The Bartlett 2050 Leadership Programme. The programme will create a powerful and influential network of business leaders in the development of a built environment fit for the future. It will lay the foundation for a globally recognised centre of excellence in holistic, interdisciplinary thinking on the built environment. In order to make that happen, The Bartlett 2050 Leadership Programme is not just looking to recruit architects, contractors and engineers, but also leaders of industry whose role involves taking responsibility for their companies’ buildings and infrastructure.

The Bartlett 2050 Leadership Programme has been developed to equip a global network of built environment leaders with the ability to understand the world from an interdisciplinary perspective. We are seeking to attract senior individuals from the business providers, maintainers and users of the built environment, across broad business sectors.

We are hoping to kickstart a boardroom coup – join us.