Creation of value and the built environment 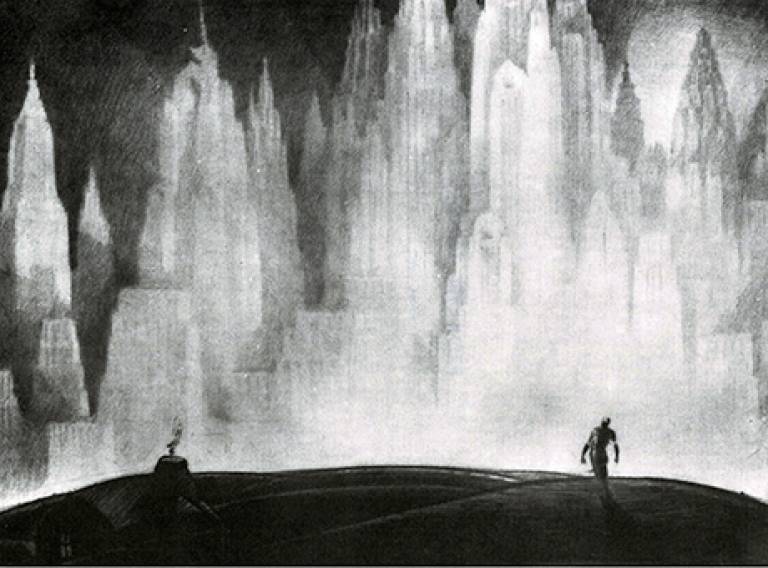 To mark the beginning of the new academic year, the Dean of The Bartlett, Professor Alan Penn, shares some thoughts about the creation of value and the built environment.

At the start of a new academic year it may be worth thinking about what we are all here for. I was asked recently to give a short talk to open the Arup summer party.  The subject was to be ‘the creation of value’, something that has received considerable attention in recent years as it has become clear that in spite of the professionalisation of 'value engineering', the way we deliver the built environment often fails in exactly this regard.

The problem I suspect may be to do with the way we consider value, something in which there is a long tradition in economics. The starting point turns on utility and considers the functional usefulness of an object. The problem comes when we try to compare the utility of different functions – on what basis could the function of a coat and a coffee pot be compared?

Karl Marx’s answer to this question was that both must be considered the product of labour, and this allows a calculation of the comparative value of the labour entailed in their production. More generally, one can consider price in a market that will reflect both the costs of production and the different prices that people are prepared to pay, affected by relative scarcity and the numbers searching for the good, giving rise to the idea of the exchange value of an asset.

This gives a useful, if fairly limited, conception to value. It is of course the primary way in which we tend to treat our building stock, for instance, how much has it cost to produce and how much is the market prepared to pay for it? Buildings are considered as assets to be exchanged, mainly in terms of square feet (for some reason real estate has yet to go metric), adjusted for certain locational and qualitative features which reflect demand in the market.

Of course, we should note that the built environment comprises much more than merely square metres of raw space. It is configured to provide privacy and community, to structure patterns of movement between place and place, and so to bring together some groups of people and to separate others. While doing so, it equips these different spaces with different qualities of the environment; light to dark, noisy to quiet, warm to cool, dense and open. It is this configuration that suits a building more or less well to the purposes of the organisation that occupies it and to the activities of its individual occupants.

This notion of configuration and building function goes well beyond that of  ‘net usable area’, or, the ‘net to gross’ efficiency ratio with which a building converts its gross area to usable space. It is configured space that enables organisations to support the performance of those that they employ: to convert investment in human resources into creativity and innovation, or conversely, when buildings are configured poorly, the space leads them to fail in that ambition. This kind of configuration, and the value that is delivered by it, is the product of architectural design at its best. I have to admit however, when architecture applies poor theory, it is equally responsible for the resulting failure. Ultimately, ‘use value’ results from the configuration of built space and its environmental and social affordances, so as to provide for the specificities of social and economic function of human organisations.

It would be fair to say however, perhaps because of the complexities of configuration, the ‘asset’ view of value has been predominant for the last century, famously illustrated in the early twentieth century development of Manhattan. Under the pressure of growth in an open property market, the New York City authorities developed both a gridiron plan of streets and avenues, and strict zoning regulations to protect the right to light amongst neighbouring landowners and the public streets. The regulations, although straightforward, were complex enough to require geometric interpretation and it was the architectural perspective artist, Hugh Ferriss, who rose to the challenge.

His visualisations of the geometry demanded by the zoning rules, and his interpretation of these as possible building forms, were hugely influential. Here then was an interesting coming together of regulation to protect the public good with the capitalist free market to produce what must count as one of the great cultural assets of the twentieth century, the New York skyline, symbolic of the ‘land of the free’ and the American dream for so many immigrants as they arrived at Ellis Island.

That skyline has become a cultural artefact, iconic of both a regulated free market and the democratic ideology that made this possible.  In this it captures a set of non-use values: symbolic, cultural and moral. These are the kind of values that form the shared assumptions that hold a community or society together. It is no accident that Al’Qaeda chose to attack this skyline in 2001. In demolishing the twin towers, at one stroke they struck at the outstanding symbol of market based capitalism, democracy and world trade. More recently the Taliban committed similarly shocking violence to the Buddhas of Bamiyan, leaving an empty void in the cliff face as the only memory of a centuries old ideology of peace.

These acts of wilful destruction illustrate yet another kind of value, one which has been discussed recently in the context of climate change and environmentalism. The value we might place on the conservation of polar bears in the arctic has been called ‘existence value’. This is interesting. I might never have seen a polar bear in the wild, and never intend to, but it is nice to know that it exists. When the Buddhas were destroyed, or we hear that the last speaker of some language has died, we feel that the world is a poorer place.

Here I suggest that the ultimate judgement of human creativity is of the creation of existence value. This is not at odds with exchange value, nor is it solely a product of individual artistic authorship, as the New York skyline shows us, but it does say whether a creative act has risen above pure utility to say something about the culture that has produced it and to enshrine the values of a society. This for me is what we should aspire to in the creation of the built environment.