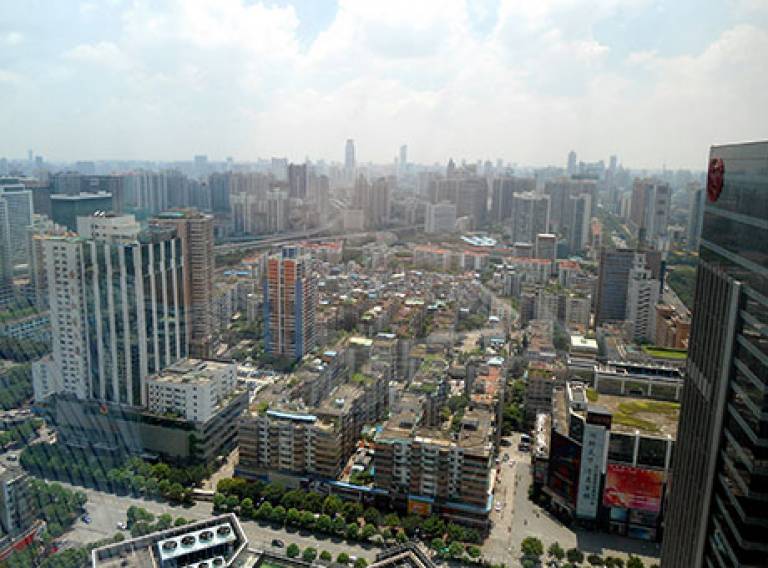 In September, a group of 30 senior urban-rural planning officials from 16 cities across Guangdong province in southeast China, completed a ten day executive training course in London organised by The Bartlett School of Planning.

The visit was organised to deliver training in the form of a programme of lectures given by Bartlett professors, with subjects ranging from the historical evolution of town planning, to more contemporary issues such as low-carbon transportation and culture-led regeneration.

A key element of the UK trip was the opportunity to experience the diverse forms of development and regeneration London has to offer such as the London’s Docklands, Olympic Park and Kings Cross redevelopments. Cultural visits included London’s leading museums and a Thames cruise.

Other site visits were made to Letchworth Garden City and Milton Keynes, two of the UK’s more significant modern urban planning developments. To complement the urban focus the delegation travelled to Hertfordshire to the village of Aldbury, where they were able to experience life in a rural British setting.

China is facing unique challenges to effectively deal with a rapidly increasing urban population. It is expected that 70% of China’s population will live in urban areas by 2035. This situation has led to an increase in UK interest in the Region, with opportunities to influence and invest in the growth of cities.

China’s growing interest in carbon-neutral development provides The Bartlett with a chance to impart expert knowledge and make a positive impact on the future of sustainable planning in China. The course is the culmination of over three years of developing relations between The Bartlett and leading government officials from Guangdong, China’s most populous Province.

Professor Alan Penn, Dean of The Bartlett, commented: “This ground-breaking course has created a unique recipe, the core ingredient of which is our leading academic knowledge on successful urban strategies. It is pleasing to be able to make this new contribution, beyond more conventional routes of educating students, to building capacity in China and we look forward to continued engagement with Guangdong beyond this course.”

There is much to be learned from London’s planning history, though it is sharply distinguished from China’s fast-paced development. Both the UK and China have great cities built around major river systems and look towards low-carbon integrated public sector transportation systems, which are essential to sustain economic development.

Coinciding with the delegation’s final evening in the UK was a dinner at Gray’s Inn hosted by the China-Britain Business Council in honour of a visit by Governor of Guangdong Zhu Xiaodan. Professor Penn hosted a table for Guangdong Deputy Director General, Mr Cai Ying and fellow senior course delegates from the Guangdong cities of Zhanjiang, Shanwei, Shantou and Shauoguan and was joined by Professor Nick Gallent and Professor Peter Bishop.