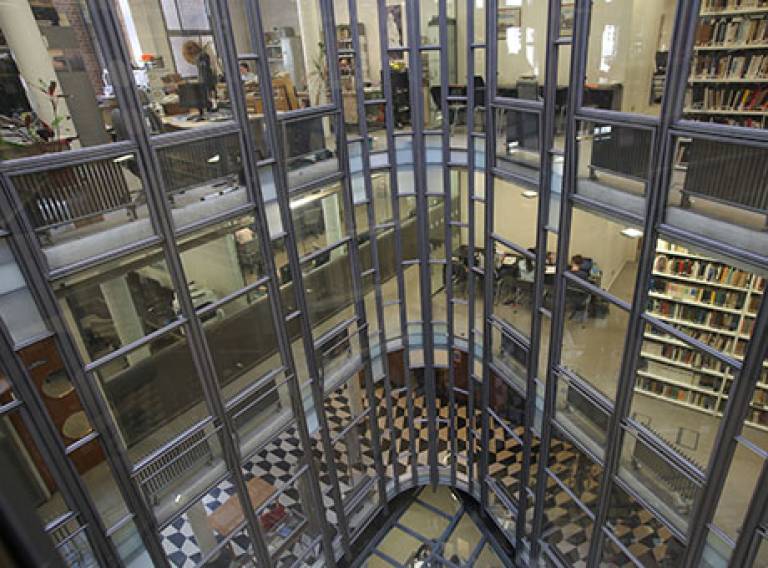 Professor Alexi Marmot has taken part in a BBC Radio 4 programme, The Search for the Perfect Office, presented by Claudia Hammond. Alexi is Professor of Facility and Environment Management at UCL IEDE and Director of AMA Alexi Marmot Associates Limited.

Alexi discusses the research that is, is not, and could be undertaken by architects in the design of office buildings and spaces. She notes that owner occupied office buildings are few and far between. Most are designed for speculative developers. This means that research needs to focus on generic findings and future-gazing, since in advance no one knows who will be occupying the space, or how the occupiers intend to use the space.

Research by architects tends to concentrate on the physical ‘stuff’ of the building more than on the organisation or people. Alexi goes on to say that post-occupancy evaluation – investigation of what works after people have settled into a new space - is feared by clients and the building industry in general as they do not welcome bad news after large amounts of capital have been spent.

However, when such evaluations are done one can often find simple, quick, low cost fixes to unforeseen problems. Alexi goes on to report that little research is done into how office occupiers can communicate most effectively within an office or the sorts of spaces that foster creativity. This may be attributed partly to the lack of time available to architects and designers in which to conduct their own research or even read existing research findings.

Alexi states that, based on research conducted on hundreds of buildings and approximately 70,000 people, the perfect office is in a location that users perceive as positive particularly in terms of transport accessibility. Within the building, people value light, specifically daylight, and a view, preferably of nature. Other important factors are environmental comfort – temperature and air quality - and the right sort of (and correctly functioning) IT.

However, the best workplaces are those in which the organisation itself demonstrates abstract values that align with those of employees such as trust, respect and fairness. Sometimes those important values can be demonstrated in the physical space through symbols and artwork.

> Listen to the full programme