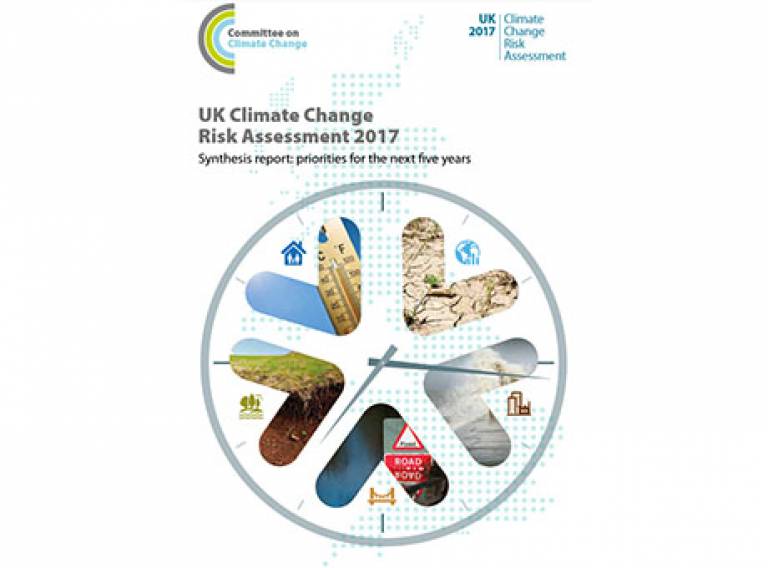 The ASC’s new independent report to Government, ‘UK Climate Change Risk Assessment Evidence Report’ sets out the most urgent risks and opportunities arising for the UK from climate change.

The report stresses that climate change is happening now. Globally, 14 of the 15 hottest years on record have occurred since 2000.

The impacts of climate change are already being felt in the UK, and urgent action is required to address climate-related risks.

The report is the result of more than three years of work involving hundreds of leading scientists and experts from the public and private sectors and civil society. The risk assessment has been peer reviewed by UK and international specialists.

> Further details and to read the Climate Change Risk Assessment 2017

Changes to the UK climate are likely to include periods of too much or too little water, increasing average and extreme temperatures, and sea level rise. The report concludes that the most urgent risks for the UK resulting from these changes are:

The opportunities for the UK from climate change include:

The impact of the recent vote to leave the European Union does not change the overall conclusions of the risk assessment. However, some individual risks may change if EU-derived policies and legislation are withdrawn and not replaced by equivalent or better UK measures. The Adaptation Sub-Committee will assess the implications of the EU referendum in its next statutory report to Parliament on the UK National Adaptation Programme, due to be published in June 2017.

Lord Krebs, Chairman of the Adaptation Sub-Committee of the Committee on Climate Change, said: “The impacts of climate change are becoming ever clearer, both in the United Kingdom and around the world. We must take action now to prepare for the further, inevitable changes we can expect. Our independent assessment today, supported by the work of hundreds of scientists and other experts, identifies the most urgent climate change risks and opportunities which need to be addressed. Delaying or failing to take appropriate steps will increase the costs and risks for all UK nations arising from the changing climate.”