The summary report shows sharply rising climate change related economic and non-economic damage costs in a ‘business as usual’ scenario to US$31 trillion per year. 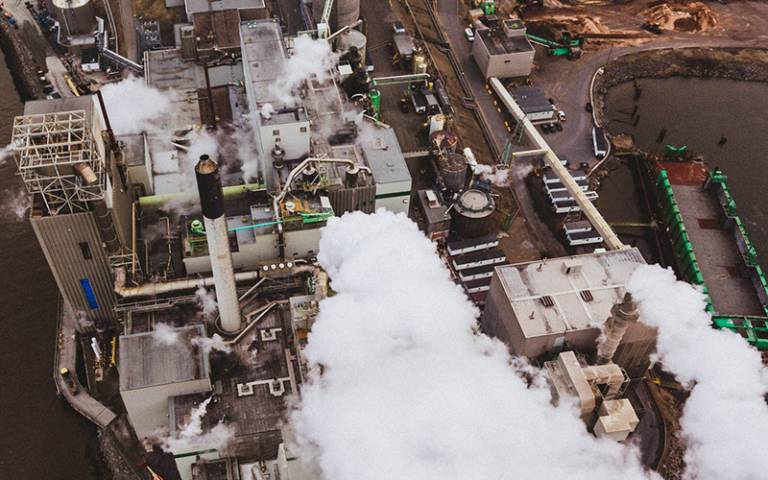 A first-of-its-kind report, titled 'Costing the Earth - Climate Damage Costs and GDP', was released today by CDP and UCL, modelling the mean damage costs of ‘business as usual’ action on climate change.

The report was commissioned by CDP, a non-profit which runs the global environmental disclosure platform, and co-authored by Dr Gabrial Anandarajah and Dr Olivier Dessens from UCL Energy Institute, and Dr Isabela Butnar and Dr Alvaro Calzadilla Rivera from UCL Institute for Sustainable Resources.

Findings show the damage costs caused by climate change will reach $5.4 trillion a year by 2070, and $31 trillion a year by 2200, if no mitigation action is taken to cut Green House Gas (GHG) emissions. Accounting for these damages will lead to a 10% reduction in GDP growth rate by 2050 and 25% by 2100. Mitigation costs offer a cheaper solution peaking at US$7 trillion/year by 2050. By contrast, a Paris Agreement-aligned scenario - where temperatures are kept to 2°C above pre-industrial levels, results in these damages peaking at US$1.8 trillion/year in 2070.

Although there is growing recognition that climate change could have a high impact on long term GDP growth, an important measure of economic health and well-being, attempts to embed climate-related risks into mainstream macro-economic indicators have been limited. This is partly because the impact of climate change on GDP is difficult to capture as there are regional winners and losers and large uncertainties in the modelling approach.

The report, commissioned by CDP, highlights the importance of capturing climate impacts on GDP using a granular approach, and to understand regional and sectoral differences with some markets and regions more susceptible to climate related risks. A granular approach to modelling agricultural impacts sees significant negative impacts in regions including India and Africa while temperate regions should see net benefits.

“In evaluating the impacts of climate change on GDP, we have attempted to overcome the limitations of a single model by using three different models developed at the UCL Energy Institute and the UCL Institute for Sustainable Resources. Three multi-region global models have been used to estimate economic and non-economic costs of climate change on various economic sectors”.