The letter to the Minister of State for Energy and Clean Growth follows a proposal submitted by UCL-Energy academic Dr Gesche Huebner to the UK Parliament’s Science and Technology Select Committee in January. 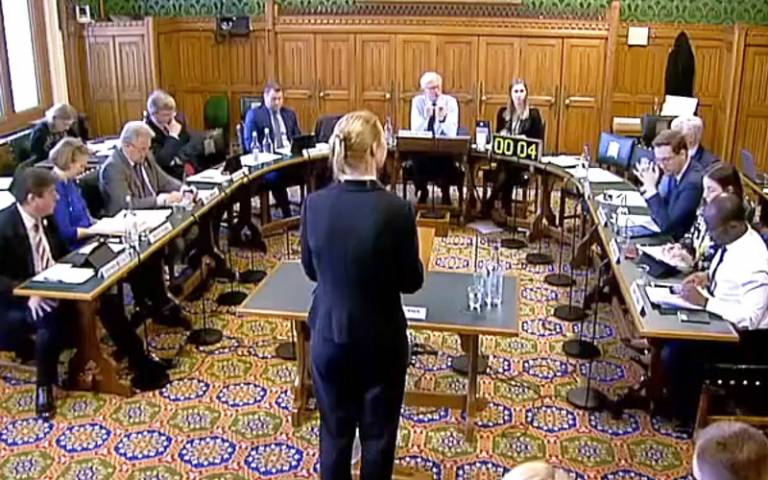 In November 2018, The House of Commons Science and Technology Committee decided to create an open opportunity for the science community and wider public to suggest areas for scrutiny, called 'My Science', with the aim of launching a series of new inquiries.

In January of this year, Dr Gesche Huebner – Research Associate with the Centre for Energy Epidemiology – delivered a five-minute pitch to the committee with the title: ‘What are the likely climate change impacts on health and productivity in the UK?’.

Dr Huebner’s proposal for an inquiry was one of ten shortlisted from a total of 86 submissions. Although it was not among the four topics that will now be taken forward (as announced this week), the topic has prompted the Committee to write to the Minister of State for Energy and Clean Growth.

In the letter, they have asked the Minister, the Rt Hon Claire Perry MP, to explore the issues raised so they can better understand what actions the Government could take to address them.

In her pitch to the Committee, Dr Huebner raised the following four crucial issues:

“I am very pleased that the Science and Technology Committee will write to Claire Perry, Minister of State for Energy and Clean Growth, following my submission. I had a chance to comment on the letter, and it asks for a response to those issues I suggested for an inquiry to look at.

Of the four topics that were selected by the Committee to be taken forward to a full inquiry, one – into the impact of science funding policy on equality, diversity, inclusion and accessibility – also had the backing of 22 UCL staff and students. You can read more about this on the UCL News site.