Life and power in a hostile environment: an exploration of civil resistance to immigration policy in the UK 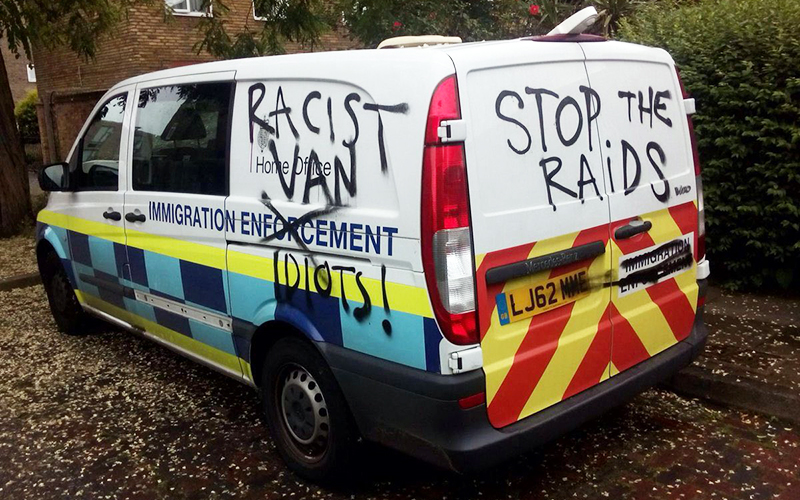 This research responds to a call by Fiddian-Qasmiyeh and Berg (2018) for a greater inter-disciplinary approach to the governance of migration, and aims to fill a gap in literature identified by Lindley (2019) in regard to analyses of the growing resistance by civil-society to increasingly restrictive immigration controls in the Global North. The research focuses on the case-study of the UK ‘hostile environment’ policy framework created in 2012 that was led by the principle of ‘deport first, appeal later’, and which embedded a complex web of technologies of surveillance and control across public and private institutions.

The first half of the paper develops a theoretical framework of governmental power using Foucault’s notions of governmentality, biopolitics and the dispositif, alongside Agamben’s state of exception and Mbembe’s necropolitics. This framework is then applied to the case study of the ‘hostile environment’ policies, and explores their material effects on refugees, asylum seekers and migrants in the country.

The second half of the paper then turns to a series of case study examples of civil-society resistance towards these policies, drawing on Foucault’s notion of freedom as a limit-experience, Agamben’s inoperativity of a dispositive, and Hardt and Negri’s concept of the multitude. Such an approach seeks to articulate the differing approaches taken to counter anti-immigration policy, and the evolving role and ethics of an increasingly networked civil-society and grassroots contestation.