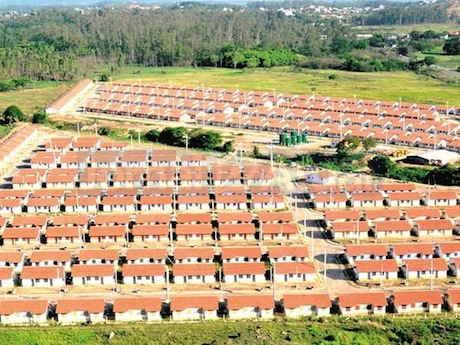 The history of Brazilian housing policies and programmes mirrors approaches and methodologies set by international organisations such as the World Bank. This history is clearly reflected in interventions that have taken place in the favelas of Rio de Janeiro, the object of this working paper. Since the mid-1990s, Rio de Janeiro has been at the forefront of in situ slum upgrading initiatives. A number of programmes pursuing the “urbanisation of favelas” have been implemented in attempts to integrate favelas into the city fabric. The expectation was/ is that the arrival of urban infrastructure would requalify these territories and transform them into regular neighbourhoods, leading to the spatial and social integration of favelas and the rest of the city.

Adequate housing brings immediate and systemic benefits to its residents and should, as such, be a strategic priority shared by the state. In Rio de Janeiro’s slum upgrading initiatives, however, urbanisation has become the main priority over every other aspect of development: in this pursuit for the integration of urban areas, is housing being forgotten?

Identifying the lack of citizen participation in decision-making as the main reason for failure, the author analyses how, despite the evolution that led to Rio’s progressive urbanisation programmes, authorities insist on seeing housing through regressive lenses and resorting to failed approaches. This paper argues that interventions must combine and address the tense demands and aspirations emanating from slums and the city as a whole, allowing housing to be an on-going process that happens in the city and the urban poor to be the protagonist of the process.