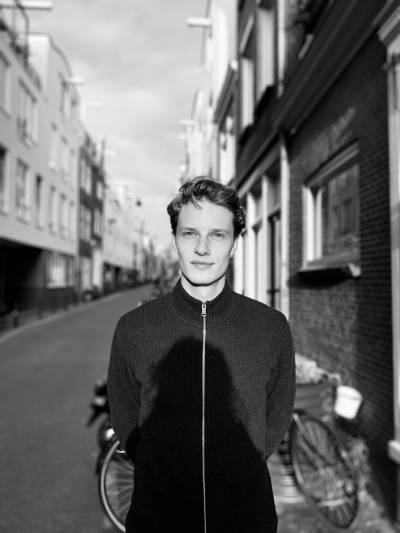 While infrastructure is now increasingly at the centre of research on cities in Development Studies, there has been surprisingly little focus on the connections between infrastructure and discourse. During my MSc Urban Development Planning at UCL I examined how urban infrastructural policy discourse perpetuates spatial inequality in sub-Saharan African cities. I thus developed the concept of “discursive infrastructure” to describe the relationship between discourse and the material conditions of cities (Le Thierry d’Ennequin, 2020). In my subsequent PhD project I will theorise this novel concept as a post-colonial approach to African urbanism. My aim is to propose a reformulation of the policy discourse of basic infrastructure systems that continue to materialise the spatial inequalities of African cities today.

Before my MSc in London in 2020, I completed an undergraduate degree in Liberal Arts & Sciences: Global Challenges at Leiden University College and Universidad de Chile in 2017. Ever since, I have worked at the intersection of urban development and communications in the private sector (as a Communications Consultant at a multinational media & digital marketing agency), the public sector (as a Project Manager at a participatory consultancy for local governments) and third sector (as a Communications Officer for a global NGO). My experience in communications has fuelled my interest – both theoretical and practical – in the role of language within urban networks. More specifically, as an entry point to examine the spatiality of “people as infrastructure” (Simone, 2004) of urban spaces as “translocal assemblages” (McFarlane, 2011).

In my spare time I am first and foremost an athlete; you’ll usually find me running or biking through London, chasing a football or catching some waves.

Other:
-    Member of the International Society of City and Regional Planners (ISOCARP) - hosting a monthly podcast series with influential urban planners from across the globe.
-    Member of Chatham House’s “Common Futures Conversations” – an initiative developed to deliver innovative ways for young people in Africa and Europe to engage with experts from across the two continents and share their ideas with high-level politicians and policymakers on major policy issues.
-    Languages: English, French, German, Spanish, mediocre Dutch and learning Swahili.
-    Grant holder of an ESRC DTP Studentship
-    Please feel free to reach out at jonas.ennequin.19@ucl.ac.uk