The ‘Women in Sanitation’ social media campaign was launched by IIHS's Tamil Nadu Urban Sanitation Support Programme (TNUSSP) in collaboration with the DPU's OVERDUE project for International Women’s Day 2022, and to celebrate women professionals in the sanitation sector. 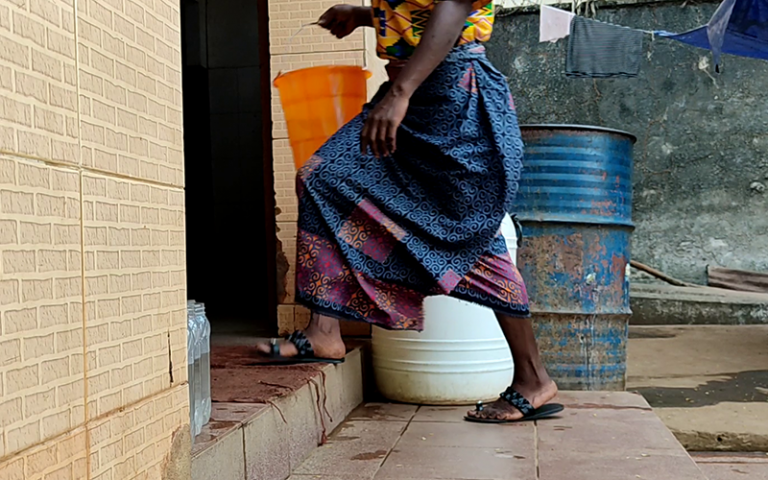 Going with the ‘International Women’s Day theme – Breaking the bias’, the campaign revolves around the stories of women professionals in the sanitation sector. In addition to TNUSSP, the launch was a collaboration with five other organisations in India – Biome, Environics Trust, Hasiru Dala, Mahila Housing Trust, Shelter Associates.

“Thanks to several decades of advocacy, gender is increasingly being recognised as a key element of development projects, including for sanitation. However, women are still only seen as users, participants, and beneficiaries, and their role as professionals is often overlooked or ignored. It is time we recognise and celebrate the professional roles that women play in the sanitation sector. We have women at the frontlines, as entrepreneurs, as technical experts, as administers and in many other roles- we only need to acknowledge, recognise and celebrate them,” says Kavita Wankhade, Head of the Tamil Nadu Sanitation Support Programme.

The #womeninsanitation campaign aims to do just that. Apart from celebrating the women, the campaign also hopes to generate much-needed conversations on the kind of challenges and biases women professionals in the sector face and how they overcome them.

“Women face stereotypes and discrimination that ignore and undervalue their contributions towards just sanitation across cities and territories. But simply seeing and treating gender inequality as a problem affecting the ‘unfortunate other’ is not enough! Inequalities are not created equally: across the sanitation service chain, women experience discrimination compounded by their overlapping social identities, their gender, age, race, class, and tenure status, to name just a few.

Over the next two to three weeks, the ‘Women in Sanitation’ campaign will bring to you a series of short video-stories. Each film will tell the story of a different woman sanitation professional, working in different contexts, but in many ways facing different versions of similar biases.

“The sanitation sector is often (re)presented as male dominated, yet sanitation largely rests on women’s shoulders. They buy and use cleaning products. They sweep, clean, scrub and fix private and public toilets. They dispose of grey and black waters, emptying the pits themselves if needed. They advocate for sanitation within and beyond their households, communities, and cities. Valuing and supporting their work is key, both for gender equality and for public health” says Ndeyé Penda Diouf, coordinator of the Observatory for Gender and Development of Saint Louis Senegal and member of the OVERDUE team.

To know more about the campaign visit https://muzhusugadharam.co.in/women-in-sanitation/