Congratulations to DPU's Andrea Rigon who has won the MENASP grant for the project 'Participatory analysis of co-designed public spaces in Beirut post-blast reconstruction', alongside partner CatalyticAction. 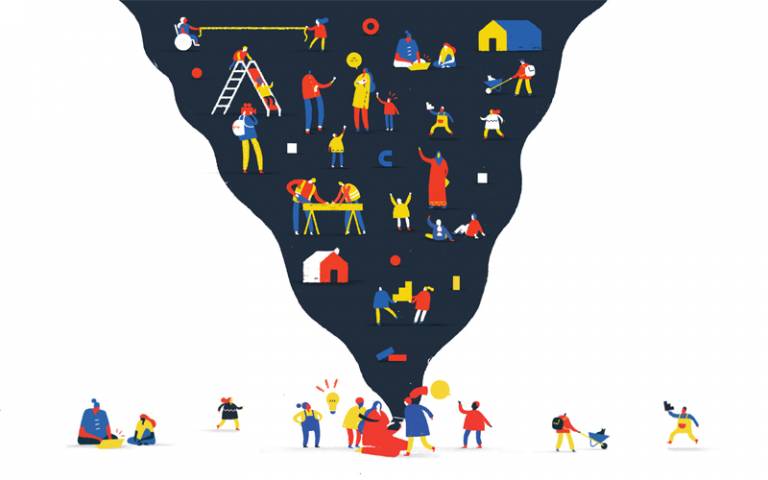 The MENASP Network’s Social policy and Conflict Prevention Research Fund aims to advance scholarship and practice in security, social equality and social protection in the MENA region. The collaborative project has received a total of  £14,630 from the grant for its proposal to produce a participatory assessment of the reconstruction efforts post Beirut blast.

On 4 August 2020, a devastating explosion hit Beirut causing at least 177 deaths, over 6,000 injuries, $3.8-4.6 billion in property damages. Many NGOs started reconstruction activities to rehabilitate buildings and public spaces damaged by the blast. The considerable availability of funds and the high number of rehabilitation projects happening simultaneously, has put an unprecedented pressure on local authorities to review and approve a high volume of projects. Similarly, due to many similar interventions, often happening in the same neighbourhood, there has been a need (and willingness) to coordinate efforts towards a shared vision. This has taken the form of coordination groups, yet not always producing harmonised visions in line with the resident’s needs.

In many cases, rehabilitation projects generated a positive impact and were well received by residents. In other cases, residents rejected interventions, demanding to be consulted in the design of their public spaces. Initial evidence of positive impact of codesigned interventions was collected by the 2019 GCRF funded project DeCID, which was developed with the contribution of many Lebanese practitioners.

This project seeks to produce a participatory assessment of the reconstruction efforts post Beirut blast, in particular in relation to public spaces. The analysis will build upon the key findings about co-designed built interventions illustrated in the DeCID Handbook, while considering the specificities of the post-blast context.  The analysis will be conducted through a participatory workshop, bringing together all the different stakeholders working on public spaces in Beirut in order to co-learn and exchange knowledge to set up shared standards amongst the actors operating in Beirut on public space reconstruction. This will be complemented by a participatory art installation with residents of an affected neighbourhood.

The outcome will be published in Arabic and English and in a short documentary. This work is complementary with ongoing UN efforts to produce principles and guidance on public space for children with whom this team collaborates.

The project aims to contribute to conflict prevention by improving social cohesion by leading participants to implement better codesigned public spaces in the context of multiple social tensions in Beirut.