Congratulations to Harshavardhan Jatkar who has successfully defended his thesis that an analysis of how people subjected to slum rehabilitation projects themselves politicise land has to be attentive to postcolonial and subaltern land subjectivities. 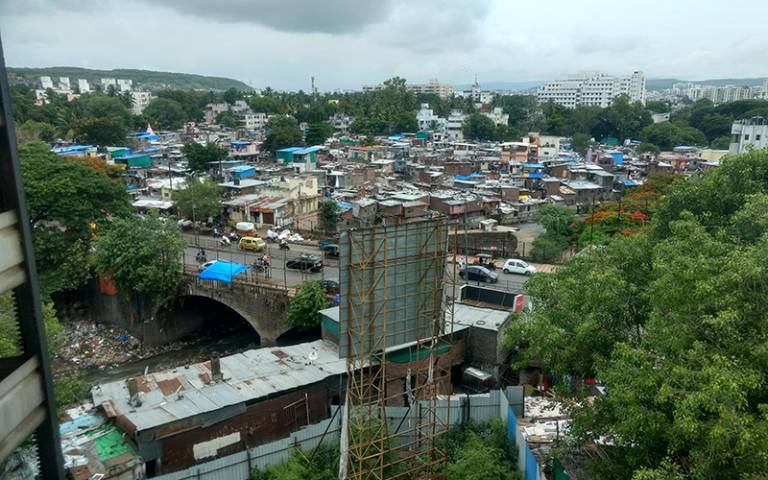 Land is significant to politics in India. The Slum Rehabilitation Policy (SRP) of the Government of Maharashtra (GoM) seeks to rehabilitate slum-dwellers by using land as a resource. Whereas there are many theoretical and practical ways of conceptualising, using, and politicising land, how people subjected to the slum rehabilitations imagine, use and politicise land remains underexplored. Therefore, his thesis explores people’s land subjectivities during the implementation of the state sanctioned SRP in India.

Empirically, he focuses on two settlements undergoing slum rehabilitation in the city of Pune, India. Using an abductive research strategy, ethnographic data generation and discourse analyses methods, he shows that the SRP principally considers land as property and commodity. Alternatively, some of people’s articulations of land straddle between modernity and tradition (therefore postcolonial), while others remain unrecognisable using prevailing vocabularies (therefore subaltern). His thesis uncovers three subaltern meanings of land, namely: an anchor for interpersonal metonyms, inseparable from spatial morphology, and flesh of the community. In sum, his thesis presents a theory of a socially made participatory land policy attentive to postcolonial and subaltern land subjectivities in Pune.