Congratulations to Monica Bernal who has successfully defended her thesis titled 'Co-Producing Knowledge and Politics for Climate Change Adaptation. The Case of Colombia’s Capital Region' 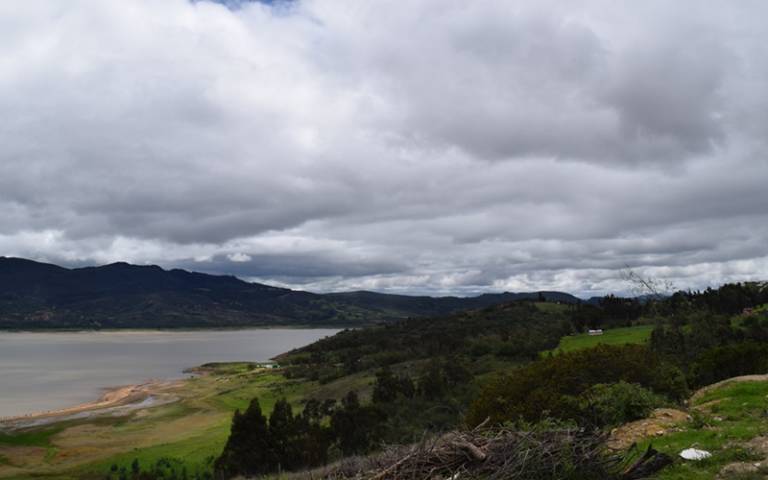 Monica Bernal argued that there are two types of co-production for climate change adaptation. One purposeful knowledge co-production, where science and policy stakeholders form partnerships to develop science-informed solutions to the impacts of climate change. The second is an inherent type of co-production. A co-production of knowledge and politics that is intrinsic to purposeful approaches, and which shows how science informing policy is not a unidirectional relationship. Science production for climate change adaptation is not devoid of politics and, on the other hand, policy actors often ‘filter’ science to accommodate exiting institutional arrangements for policy-making and governance more broadly.

Developing countries are increasing their efforts for adapting to climate change as they are more vulnerable and more exposed to its impacts than their industrialised counterparts. Her thesis analyses the co-production of knowledge and politics in the context of climate change adaptation to further our understanding of how developing countries, regions and cities are approaching development planning and governance in the context of a changing climate. Her study examines the case of Colombia’s Capital Region, formed by Bogotá—Colombia’s capital city—and Cundinamarca, its surrounding region. From 2009 to 2014, Capital Region engaged in the first attempt in Colombia to incorporate climate change adaptation into urban and regional planning and governance, a project catalysed by the worst extensive climate-related disaster that Colombia has experienced to date: La Niña 2010–11.

In this way, her study offers a critical understanding of how adaptation responses are specific, not only to local geophysical and socioeconomic conditions, but to local ways of understanding and governing novel phenomena. The findings also reveal that in the case of Colombia and Capital Region, there are three main entry points for climate change adaptation into development planning and governance: territorial development, disaster risk management and water sustainability.  In addition, the co-production of knowledge and politics for adaptation in Colombia manifests, in spatial terms, as territories of adaptation: through processes of territorial development, through political-administrative, jurisdictional and ecological narratives, and through efforts to mainstream adaptation planning and governance into projects of regional integration.