The AT2030 research project, led by Julian Walker, has launched two new reports on behalf of the Global Disability Hub, to provide evidence on the role of informal markets in the access to assistive technologies in Sierra Leone and Indonesia. 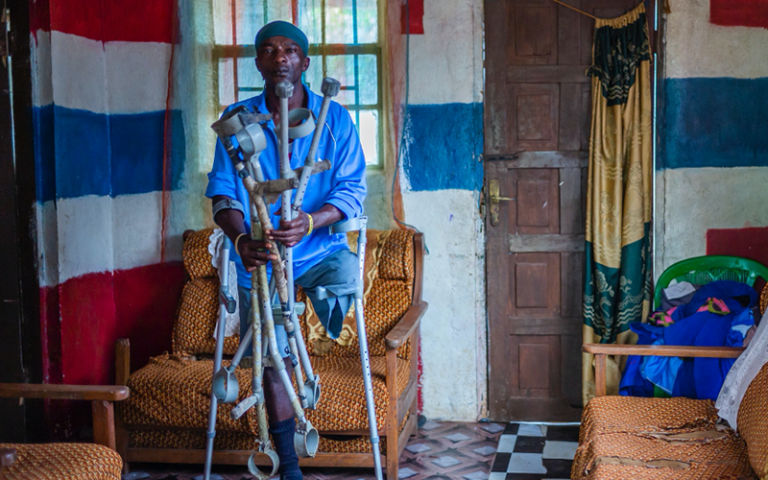 It is estimated that by 2050 two billion people would benefit from Assistive Technology[1] (AT) yet 90% will not have access. Furthermore, most of the people that need AT live in low-income countries, with a large proportion in informal settlements and slum communities. As such, DPU’s involvement in AT2030, led by the Global Disability Innovation Hub, focuses on how disabled and older people in informal settlements are able to achieve their aspirations, and the role that Assistive Technologies play in their strategies to do so.

As part of this project,  the Informal Markets Study[2], led by Julian Walker,  supplemented the AT Country Capacity Assessments being piloted by the Clinton Health Access Initiative (CHAI), using the WHO (World Health Organization) ATA-C (Assistive Technology Assessment - Capacity) tool, developed with the support of the GDI Hub. The ATA-C tool is designed to assess the capacity within countries to make the most effective, high-quality AT (Assistive Technology) available at affordable yet sustainable prices. The focus of the Informal Markets Study was to extend this research to understand existing practices of AT provision through informal markets and social institutions, and the experiences of AT users on low incomes living in a context of informality.

Some of the key findings of the Informal Markets Study were that:

Building on this analysis the reports make a range of recommendations focused on the improving the strategic coordination of formal and informal AT sectors, related to regulation arrangements, incentives and knowledge and information sharing.

The full reports are available on the dedicated project research page.

Image: Mr B is the captain of the Sierra Leone amputee football team, which was founded in 1996 and is registered as a Disabled People Organisation. In order to play, he adapts his crutches, stitching the elbow grip shut with metal wiring so that the crutches do not fall off when he raises his arms to jump or kick (part of the interview for the Informal Markets Study). Photo credit: Angus Stewart

[1] The World Health defines assistive technologies (AT) as the “the umbrella term covering the systems and services related to the delivery of assistive products and services”, which are products that “maintain or improve an individual’s functioning and independence, thereby promoting their well-being”. Examples of Assistive Products (AP) can be hearing aids, wheelchairs, communication aids, spectacles, prostheses, pill organizers and memory aids.

of the Global Disability Innovation Hub. Analysis of the rATA survey was undertaken by Mark Carew of Leonard Cheshire.