DPU’s Alexander Macfarlane and Étienne von Bertrab participated in the First UN-Habitat Assembly which took place between 27 and 31 May in Nairobi. In particular, they were invited to be in the judging panel of the first edition of the Community Led Habitat Awards. 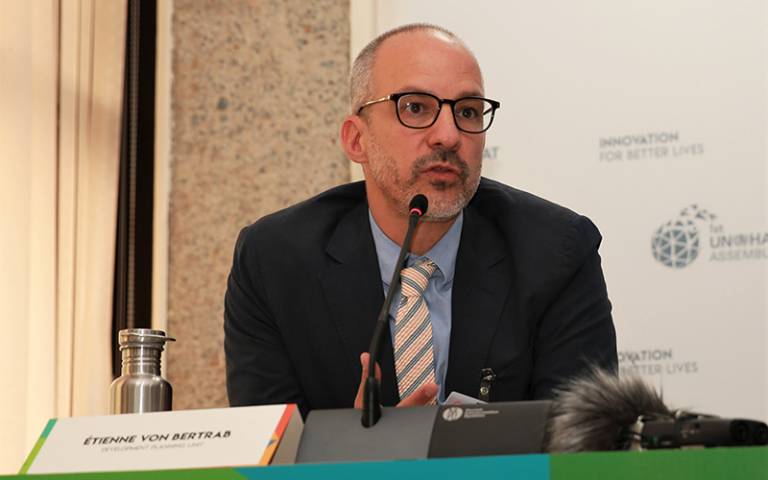 The awards recognised inspiring habitat solutions from across Africa with the aim to advocate for the expansion of community-led housing, in three areas: media and documentation, active partnerships with local government, and innovative and affordable housing and upgrading solutions.

As a recognition to the work of several DPU staff, now under the umbrella of the civic urban media initiative, the Unit was invited to participate in the Best Film category. DPU Media and Communications Officer, Alexander Macfarlane and lecturer Étienne von Bertrab contributed in Nairobi by helping judge the films, present awards and provide feedback to the process through a press conference panel discussion.

The award was given to the Nigeria Know Your City TV film “Underdevelopment: forced evictions in Nigeria”, a valuable documentation of the impact of forced evictions in Lagos and Port Harcourt, and powerful piece of advocacy for the rights of informal city dwellers. 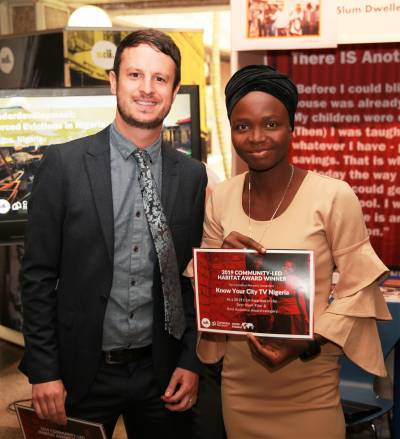 It was acknowledged by Bisola Akinmuyiwa, who received the award, that the creation of their Federation Media4Change team and the process through which they have been developing their technical and communicative skills had been nurtured by an earlier intervention of the DPU - a participatory video workshop facilitated by Alexandre Apsan Freiani and Alexander Macfarlane with Alejandra Boni in 2017.

Other recipients of the awards were the Walukuba Material Building Training Centre (Uganda), Dzivarasekwa Slum Upgrading Project (Zimbabwe) and the Home Improvement/Upgrading Project in Flood-Prone Areas (Senegal), on the projects category, and the Namibian experience ‘A multiple partnership approach for community-led housing and services’ in the partnerships category. 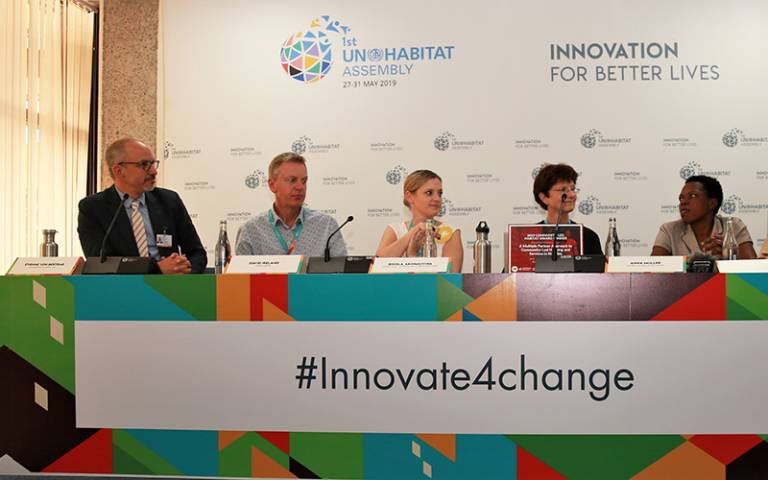 It was also a valuable occasion to further the links with the CoHabitat Network, and UrbaMonde in particular, as the DPU seek ways to develop the collaboration in order to support ongoing processes where civil society groups are using (or interested in using) digital media, and communication and documentation practices to advocate for and produce community-led housing.