A new page on the website has been launched to curate the DPU's engagements that explore the interface between digital media practices, active citizenship and participation, and urban planning - an area of work the DPU have termed 'civic urban media'. 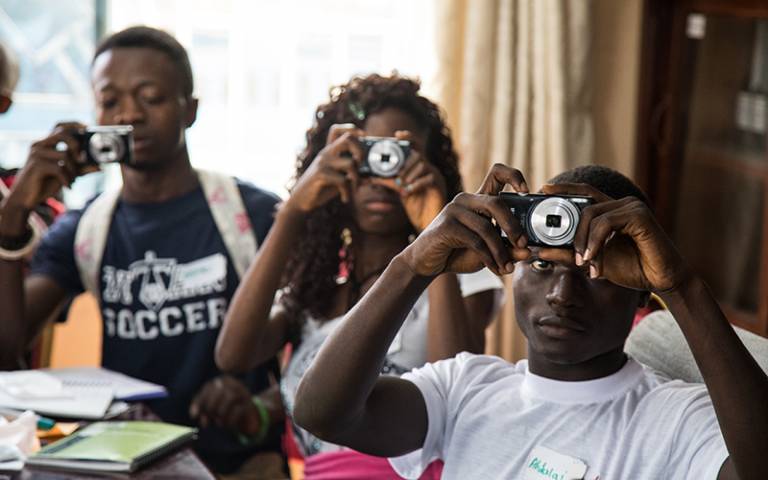 Within development organisations, communication has traditionally been associated with the promotion and boosting of public profile, disseminating outputs, and facilitating information flows. However, there is a growing role that communications and digital media can play in contributing to the development process itself, a field of inquiry broadly known as communication for development and social change.

The DPU has been engaging in a number of activities that have built on the existing body of literature on participatory visual methodologies in order to explore the interface between digital media, participation and urban planning.

A webpage has been produced that aims to curate and systematise the learning that can be generated through a DPU approach to such methodologies in an area we term civic urban media.

What do we mean by civic urban media?

Civic urban media can be understood to relate to the interface between three distinct areas of inquiry. Firstly, media practices relate to different types of communication methods such as radio, photography and video. Secondly, the civic element relates to people’s struggles towards recognition, social diversity and participation in decision making processes. It therefore centres around citizenship – specifically the more substantive forms of claiming citizenship. Thirdly, the urban relates these civic media practices to urban politics, particularly in processes of city making and of producing the narratives and imaginations of the city. For DPU’s Alexandre Apsan Frediani (Associate Professor and Director of Communications) the bringing together of these three aspects represents the uniqueness of the DPU perspective. He explains that “while there are lots of debates and literature around the role of emancipatory communication practices in trying to bring about transformative changes, not many have been rooted in the debates of the city in terms of the urban or how that has an interface with urban planning processes”.

For the DPU this approach is therefore about trying to relate the nexus between planning and design in the city and urban politics to ongoing debates around communication practices. For Alexandre, “this is an area where the DPU can make a substantial contribution. Often media practices in planning exist but without the civic element, or civic media without the planning”. Civic urban media at the DPU

The DPU approach to civic urban media has emerged as a result of a need to curate and draw together a number of engagements that have taken place in recent years. Since the creation of the position of the Media and Communications Officer at the DPU, the three postholders to date have - in addition to the planning and implementation of the DPU’s communications strategy - been actively involved in embedding the use of digital media in research and teaching.

The Media and Communications Officers’ activities around digital media have formed the genesis of the DPU’s approach to civic urban media. Whose Olympics? was a project co-led by Gynna Millan and Matthew Wood-Hill, two previous Media and Communications Officers. The project explored London’s open spaces through the power of video, revolving around a virtual mapping engagement with the public that utilised citizen generated new media outputs to explore the impact on the city’s open spaces of hosting the Olympics.

Current DPU Media and Communications Officer, Alexander Macfarlane, has continued the involvement in this field, having contributed and co-led on a series of engagements including, to date, in Brazil, Nigeria and Sierra Leone. Each workshop has been undertaken alongside grassroots organisations and residents of informal settlements and have aimed to explore urban contestations through participatory visual methodologies. The workshops have therefore continued to build on the development of a methodology that focusses on the interface between the civic, the media and the urban elements. While the DPU have often used communication methodologies in research projects, these engagements that have placed emphasis on media practices as a field of inquiry and object of analysis represents something new.

Alexandre explains that “the DPU interest is not just methodological but also to interrogate the practices which is unique in the history of the DPU. It is about considering, for example, what the scope is for participatory video in struggles against evictions, or whether participatory photography can play a role in supporting neighbourhood planning processes”.

The experience with civic urban media has also fed back into teaching through some of the MSc practice modules, and particularly through the Communications, Technologies and Social Power module which was established by Alexandre Apsan Frediani, and has been coordinated by Étienne von Bertrab for the past two years. The module was a moment to create a teaching space in which these practices could be interrogated and to reflect on civic urban media. For Etienne, the module is “not just about showing what we have done in our research but thinking about how it is articulated in pedagogical processes. The module is unique as while there are other programmes out there that have a strong media focus, there aren’t any that simultaneously and critically engage with not just development discourse, but also quite explicitly with the urban”. The future of civic urban media at the DPU

Through his experience teaching the Communications, Technologies and Social Power module, Etienne argues that “it highlights the potential for broadening the work we do with media and technologies in an urban setting”. He explains that at the DPU “there is ample support and realisation that it is now relevant, so all elements are there to deepen and broaden the work we do in civic urban media”.

For Alexandre Apsan Frediani, continuing to work closely with grassroots initiatives and to start to facilitate translocal learning amongst groups is a future pathway for civic urban media at the DPU. “It is not about research projects that start from above”, he says. “We need to instead start thinking about comparative work amongst groups that are advocating for different rights and that are experiencing injustices and marginalisation in an urban context”.

“The pathway isn’t going into NGOs or professionalised, technocratic spaces. The engagements we have been having so far have really been talking to grassroots stakeholders. Continuing that type of engagement is essential, though not easy because we need to adapt the technology without losing the complexities and consider how it can be meaningful and inclusive for grassroots groups. There is still a lot more we can learn about that”. 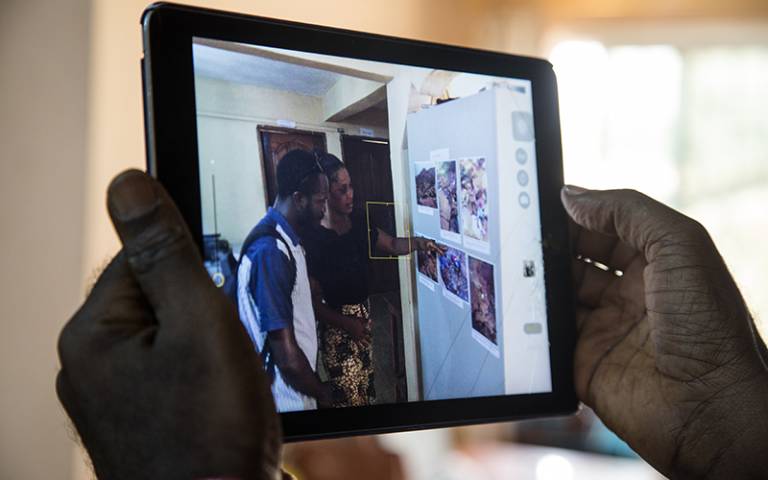 Looking forwards, the civic urban media page will continue curating projects and outputs, and will aim to better systematise the learning from these experiences and to reflect and connect them.

As a growing portfolio of work, the civic urban media page will be a space to continue curating our workshop activities and outputs, as well as a space for methodological development, so stay tuned for exciting new updates!

The page can be found at: https://www.ucl.ac.uk/bartlett/development/digital-media/civic-urban-media