Congratulations to Dr Andrea Rigon has been awarded a grant of £97,459 from the Grand Challenge Research Fund for the project: Empowering communities through participatory design of social infrastructures in areas affected by mass displacement 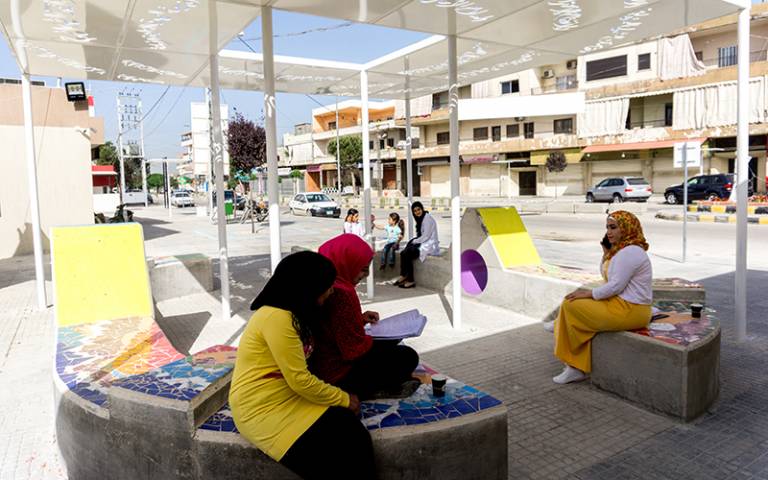 Prof Howayda Al-Harithy from the American University of Beirut will be the main collaborator for this 6-months project implemented in partnership with Catalytic Action, a charity and design studio founded by DPU alumni.

The number of forced displaced people is at a world record level. Most refugees move to the urban areas of neighbouring developing countries, where they often live in the poorest cities and neighbourhoods, living side by side with the most vulnerable host population, creating pressure on local infrastructures. The impact of this unprecedented movement of people on host cities and on forced migrants themselves largely depends on how social infrastructures are adapted and created, eventually leading to economic and social integration or exclusion. However, social tensions often increase when interventions focus on refugees excluding local host population. More recently, humanitarian actors have recognised the importance of involving both refugee and host population in the design of urban social infrastructures.

In partnership with local humanitarian actors, municipalities and academics, the project aims to co-develop a new approach for participatory co-design of infrastructure to empower refugee and host communities in areas affected by mass displacement, with a particular focus on social infrastructure for children.  With less than 50% of refugee children attending primary education and an increased focus of humanitarian actors on education, focusing on improving the design and construction of educational and child-friendly infrastructures is of strategic importance. The project combines socio-economic analysis with a technical built environment perspective to systematise evidence on how different design choices of social infrastructures (materials, processes, construction techniques, location) impact the relationship between refugees and host communities and how they can create local employment, build local skills, and improve living conditions of all residents. Building on existing experimental infrastructure interventions in Lebanon – the country hosting the highest number of refugee per capita – and two research workshops, the project will develop a toolkit to support municipalities, humanitarian actors and built environment professionals in decisions related to the co-design of social infrastructures in urban contexts hosting displaced people.