Congratulations to DPU PhD student, Tom Aston, on his successful submission of his thesis entitled 'Redistributing the surplus: Insights from the political economy of cash transfers in Bolivia (2005-2014)' 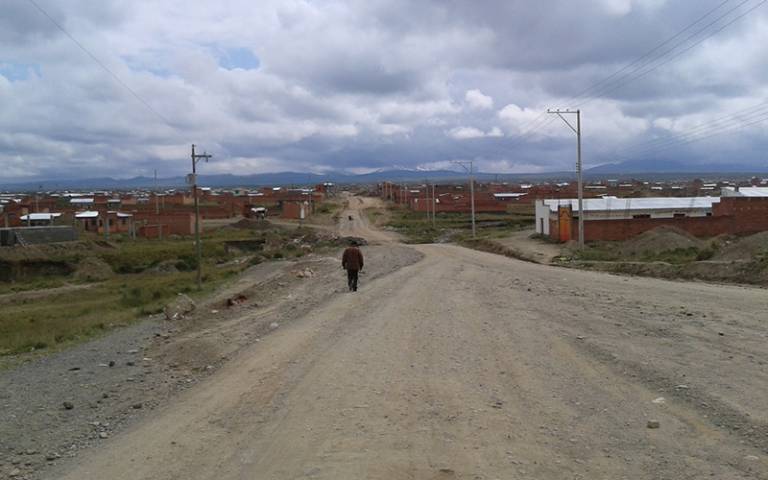 In his recently submitted thesis, Tom argues that, in the context of Bolivia, cash transfers have not constituted “rightful shares,” and ultimately have not strengthened rights-based citizen-state relations. As background, the thesis explains the key political economy drivers for the introduction of universal cash transfer programmes in countries which rely on natural resources. In particular, considering how their introduction and expansion may strengthen or weaken citizen-state relations in this context.

He uses Bolivia as a case study, focusing on the period 2005 – 2014, with fieldwork undertaken in La Paz and El Alto. He employs a political economy analysis framework and uses process tracing and discourse analysis as primary methods, supported by surveys and interviews. His results show that the introduction and scale up to universal cash transfers is primarily driven by shifts in the fiscal capture of natural resource rent, the salience of redistributive and egalitarian ideas in political discourse, and the combination of political linkage strategies employed by politicians to appeal to citizens. In this context, higher-level normative ideas are particularly important, especially if these are domestic in origin and arise from or relate to core political constituencies.

Despite evidence of resource nationalist ideas and rights-based language, he finds the role of civil society to be weak. Moreover, he concludes that where programmes are strongly influenced by charismatic (populist) political linkage strategies and where mechanisms for citizen-state interface are weak, programmes are more likely to be perceived as patronage than rights.