Congratulations to Donald Brown who has successfully defended his PhD thesis 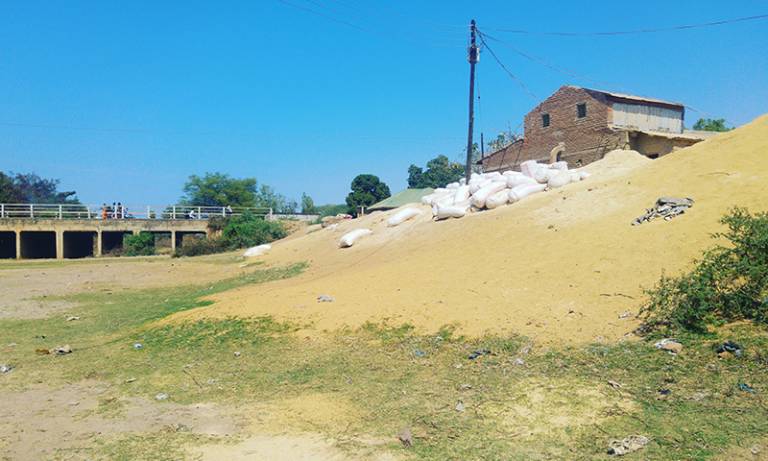 At his recent successful oral defence of his PhD thesis, Donald Brown argued that a focus on urban health risks in secondary African towns provides insights into the urbanisation of risk at the bottom of the urban hierarchy.

Small and intermediate urban centres are expected to accommodate a large and typically growing share of sub-Saharan Africa’s future urban growth. Yet many small settlements are ill-equipped to engage in effective urban planning due to severe local institutional capacity deficits, which threaten to embed environmental risk accumulation cycles into their urban development trajectories. To date, however, the largest cities have dominated most scholarly and practical attention in the debate on urban risk.

His work seeks to contribute to a small, but growing, body of literature on urban health risks in African towns through the case of Malawi, with specific reference to Karonga, an emerging secondary town. Malawi is one of the least urbanised and most rapidly urbanising countries in sub-Saharan Africa. Karonga Town is located in the least urbanised and developed part of the country but has grown from a village into the second largest urban centre in the North.

His research uses a mixed methods approach at two scales: inter-urban and intra-urban. At the inter-urban scale, the study draws on the Malawi census and the Demographic and Health Survey (DHS) to assess the share of the urban population living in smaller settlements and their degree of access to basic services (water, sanitation and electricity) as key environmental health risk factors. Moving to the intra-urban scale, ethnographic explorations yield insight into Karonga’s planning system and its role in shaping the relationship between the urban environment and health in a small African town setting. To assess the impacts of this relationship, hospital records collected over a twelve-month period (August 2016 to July 2017) are used to estimate the prevalence and distribution of health conditions with known environmental causes in the town’s population.

At the inter-urban scale, the findings indicate that small towns account for a larger share of Malawi’s urban population than previously thought, and that many have among the poorest service provision. At the intra-urban scale, the findings reveal the local governance challenges that in situ urban change is creating as government institutions seeking to incorporate urbanising populations conflict with existing chieftaincy structures struggling to maintain territorial control, resulting in planning failure and consequent environmental risks. Hypotheses are identified from the findings as a basis for developing further insights from future case study research, positioning Karonga Town at the forefront of a nascent research agenda focused on these increasingly important urban contexts.