At his recent viva, Sigi Attender successfully defended his thesis in which he argued that the balance of power in urban change processes manifests in ‘bordering’ mechanisms that unfold in a space between entities – the borderland. Focusing on Amman, Jordan and Tel Aviv-Jaffa, Israel in a region where state borders are both fiercely contested and seemingly unalterable at the same time, he explores the potential of cities – rather than states – to act as sources of change.

His research focuses on the complexity of the current spatial constitution in general and that of urban spaces in particular, and as such explores ways to analyse this constitution. Enquiring about the spatial source of urban change, the study is about the coming-together of different spaces, working with progressive notions of borders. A secondary interest considers the potential of such enquiry for more inclusive and just processes in urban change. 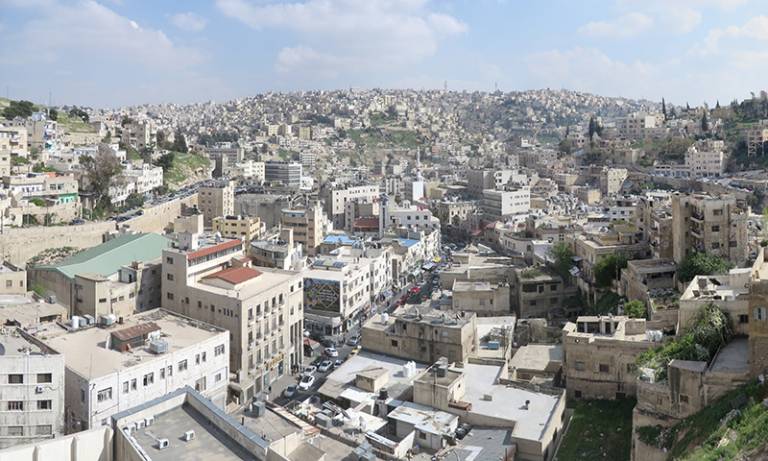 The theoretical frame for the study uses Doreen Massey’s conception of space as relational, multiple and open, and his interpretation of the concept of borderland, which operationalises Massey’s approach. This framework recognises the role of various near and far spaces in urban change and suggests that more ‘border-situations’, conceptually extended into urban spaces, potentially foster more inclusive and just urban change. His research shows that despite the relatively young cities being as internationally interdependent and interwoven as others, homogenisation and isolation on the state-level, contradict this situation as well as the potentials of the cities to be sources of progressive change. Thus, related to other scales, urban change policies and implemented projects continue to show a perpetuation of socio-economic exclusivity and injustice.