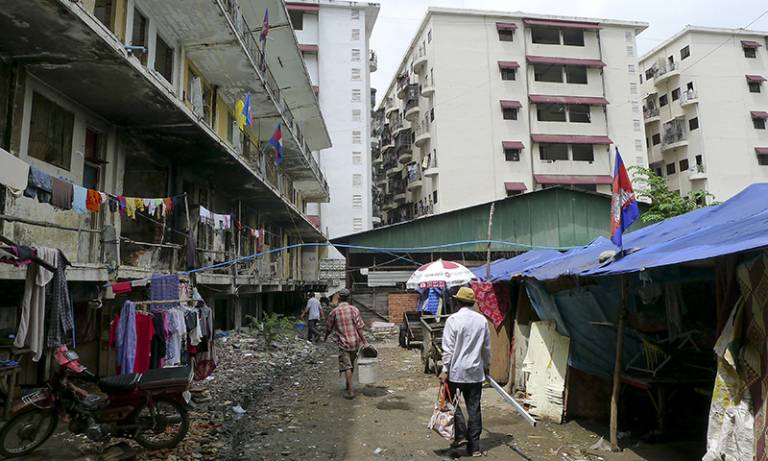 Congratulations to Giorgio Talocci who has been awarded the International Journal of Housing Policy Best Early Career Article Prize for his article ‘The de-politicisation of housing policies: the case of Borei Keila land-sharing in Phnom Penh, Cambodia’ grounded on his PhD reseach and the work in the BUDD Practice Module action research with our Cambodia's partners.

In 2017, the International Journal of Housing Policy organized its first Best Early Career Article Prize with the main goal of helping early career researchers to get more exposure and to further their academic career. Early career researchers were encouraged to submit critical articles that link housing policy to larger societal developments. The jury was particularly interested in articles that took on a cross-country comparative approach comparing housing issues in multiple countries.

The jury agreed that Giorgio’s article was very interesting, lively and thoughtful. The jury argued that: “Talocci’s article is by far the most ambitious of all the submitted articles in terms of engaging with ideas and the global context, yet at the same time painting a vivid and convincing picture of the housing/political realities in the locality”. Giorgio will be awarded a 500-euro conference bursary and certificate, in addition to time-limited free journal access.

The paper draws on eight months of PhD research fieldwork in Phnom Penh, conducted by Giorgio between May and December 2013, and then for shorter timeframes between April-May 2014 and May–June 2015. It is also informed by two two-week workshops on community-driven slum upgrading, organised by the Asian Coalition for Housing Rights in collaboration with the Community Architects Network, Community Development Foundation and the Development Planning Unit The fieldwork revolved around extensive socio-spatial surveys, aiming to uncover and analyse the multiple uses of space throughout the settlement; and around in-depth interviews, which collected the housing stories of 94 poor households in Borei Keila.